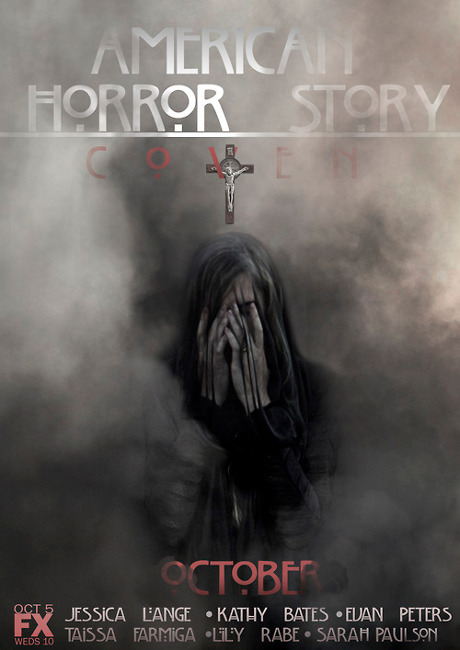 American Horror Story is one of those kinds of shows that just sucks you in. I started watching a few episodes into the second season and while I wouldn’t call myself a fan, I was strangely addicted. Once you start watching an episode it’s pretty hard to flip the channel because the writers have really within two short seasons perfected the old school art of horror. The cast is also amazing and has continued to introduce a revolving door of megawatt stars that would only sign on the dotted line if they felt that the writing was THAT good.

A bit of info on season three has started to seep out and so far we know that AHS: Coven will begin airing again in October and already it boasts a solid cast that will include series newcomers, Gabourey Sidibe, Kathy Bates, Angela Basset, and Patti Lupone. It has also just been confirmed that Emma Roberts will be joining the cast for the new season.

According to TVLine, Emma has been cast as a self-centered party girl living in New Orleans. This season takes viewers out of the asylum and puts them into a witch-based storyline. Emma decided to join AHS after her new pilot that was shot for the upcoming season wasn’t picked up.

Are you looking forward to the new horrors that this fabulous writing team will be spinning for fans? I think Emma will probably be a pretty good fit, don’t you? Also, if by chance she should end up cast in that much anticipated Fifty Shades of Grey project, filming for AHS would be long finished so there wouldn’t be any obvious scheduling conflict.

Will you be tuning in to watch Coven? Tell us your thoughts on the new cast additions in the comments below!