Miley Cyrus & Liam Hemsworth’s Engagement Is Back On 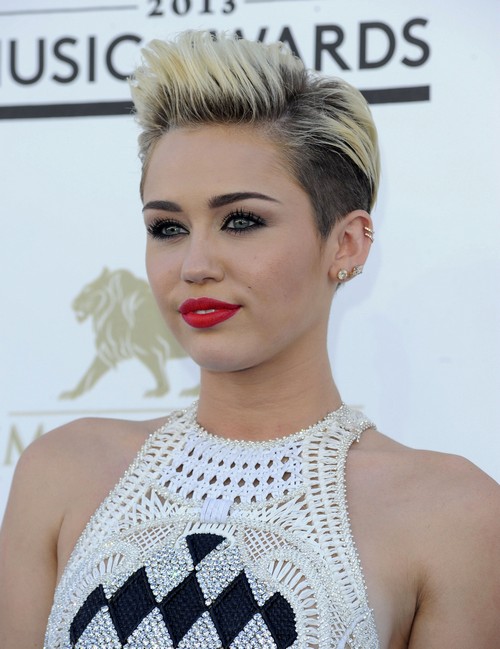 It looks like things are back on between Miley Cyrus and Liam Hemsworth! Congratulations to them!

We were wondering for a little bit there, considering that whole thing with January Jones. It perplexed us if Liam would actually cheat on Miley with January or if they are really just good friends. It appeared to cause a rift in Miley and Liam’s relationship — he took a flight to Australia and she removed her wedding ring. Now, it looks as if everything is okay once again.

“Can’t Be Tamed” singer Miley Cyrus can’t let go either. She and Liam Hemsworth, 23 — who hit a rough patch this spring and stopped planning their wedding — got cozy at a party at her L.A. home May 10.
“She was kissing him,” says a witness. “They were definitely back on.”

Her engagement ring has reappeared too. After flaunting her bare finger in March and April, Cyrus, 20, rocked the 3.5-carat Neil Lane sparkler at the May 15 Maxim Hot 100 party at Create in Hollywood.
Still, friends doubt that the couple will last. “They break up, get back together, repeat,” says one pal. “They will eventually burn out.”

Hemsworth’s actor siblings have also tried to put a stop to his relationship. A source told Us that Chris and Luke staged an intervention with their younger brother in April. The source said, “They want him to end the romance for good.”

Do you think that they will ever make it to the altar? Hit the comments and let us know your thoughts!