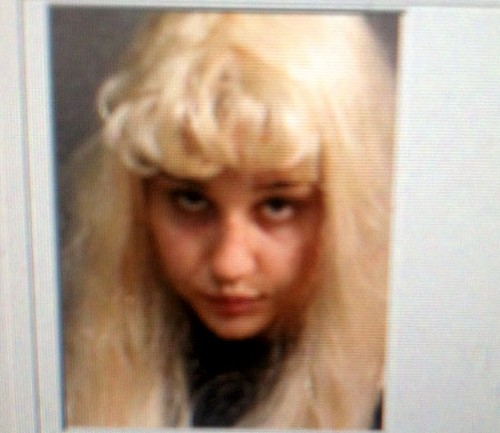 In case you’ve missed it, our favorite screwup Amanda Bynes was busted last night for being completely stupid. It was something that she brought upon herself. After smoking pot in the lobby of her building, one of the workers there called the police.

The police arrived at her door, knocked and when they were greeted by Amanda, they noticed a bong on the kitchen counter. Amanda being her dumb self opted to chuck the bong right out the window. Fast forward to later on last night, and she was cuffed and charged with felony evidence tampering, reckless endangerment and criminal marijuana possession.

The top photo shows Amanda with her funky, fugly, oversized wig on. Below, you can see what she looked like after the po-po asked her to take that mess off of her head: 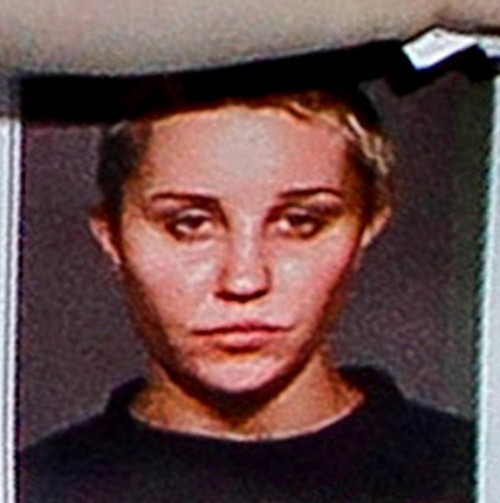 She definitely needs psychiatric help, in our humble opinion. Perhaps her parents should have tried a bit harder to secure that conservatorship? Just a thought. She’s totally whacked out and appears to be in need of serious medical attention. What do you think?