Angelina Jolie Wants to Have One Final Child 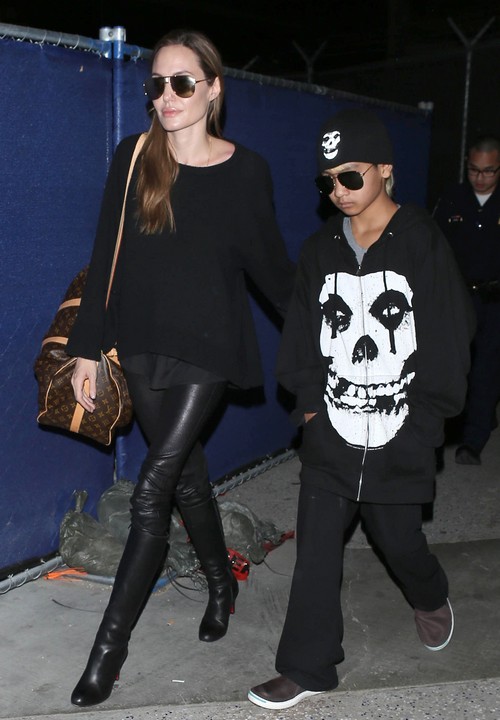 Angelina Jolie has made tons of headlines this past week for her recent decision to have a double mastectomy. It’s a decision that the mother of six didn’t take lightly, but she says it was also a no-brainer when she realized that without doing so she was at a higher risk for cancer. Angie seems to have a solid game plan for the next couple of years.

According to the June 3rd print edition of Life & Style magazine, Angie is also going to have her ovaries removed by the time she’s 40 because it’ll cut her risk for ovarian cancer in half. Before doing so she wants to try for one last child with Brad Pitt. This whole experience has brought the entire family much closer and Angie would really like to end it with the celebration of a new baby.

Apparently this medical crisis has really changed the way that Angie views her life and it has caused her to re prioritize just about everything. Brad is hoping that it’ll also make her see the value in laying down some really solid roots and maybe  she will even be more willing to give up her nomadic lifestyle. It has been one of the couples fighting points over the years. Angie likes to fly off to random countries to start over at the drop of a hat while Brad enjoys the routine of being in one place.

Should they go for another baby or should Angie instead focus on the house full that they already have. Also maybe it’s time to give her body a break and rest it before she goes through another serious round of surgery. What are your thoughts on Angie and Brad having a 7th child? Tell us in the comments below!