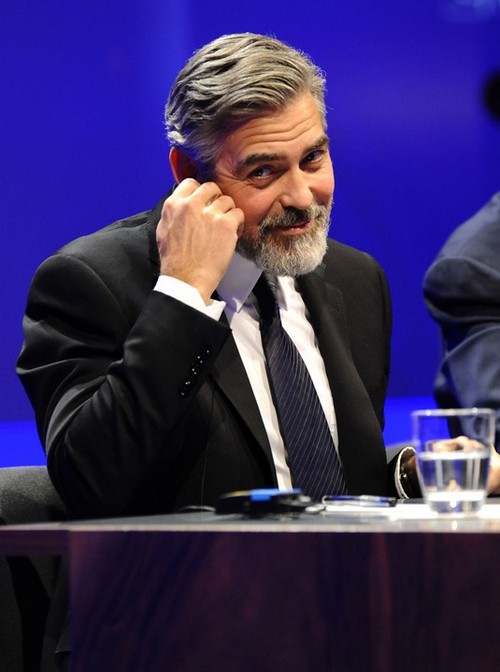 Despite numerous to the contrary, George Clooney and Stacy Keibler have not called it quits.

Stacy was on the red carpet in Cannes on Thursday night without George, prompting gossips to go into a spin that he had kicked her to the curb like yesterday’s garbage. Even worse, they hadn’t been photographed together since March 16, 2013.

Making matters worse was Mark Wahlberg, who seemingly spilled the beans that they had broken things off. Did her contract with the Clooney expire? Not yet, but we’re sure that it’s coming soon. Even moreso if she utters the words “marriage” or “babies”.

An insider close to the situation is convinced that Mark’s slip of the tongue wasn’t anything of meaning. The snitch said, “Mark meant that George doesn’t have kids. George and Stacy are still together.”

And there you have it! George hasn’t had it yet with Stacy and still wants to continue their relationship. Or perhaps he’s just in the scouting phase of finding his next high class cocktail waitress to bang for the next two years. Stay tuned…