Kanye West Missing From Keeping Up With The Kardashians Promo Pic 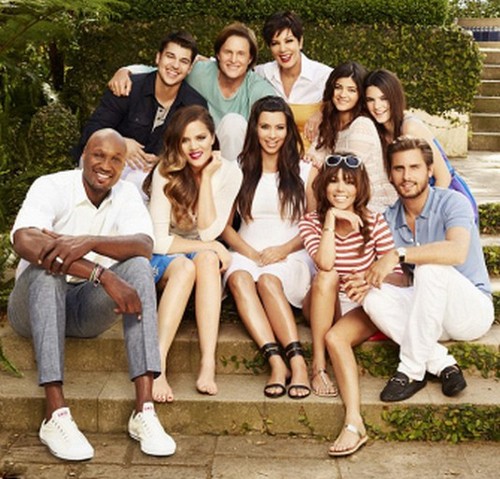 Rapper Kanye West is missing from the promotional pictures from the upcoming season of Keeping Up With The Kardashians. Surprise, surprise!

We don’t think that we could really be that shocked that Kanye wants nothing to do with her crappy TV show. He has always said that he prefers his privacy and doesn’t really want to be part of her reality TV life. So, we were more surprised that he actually hooked up with Kim and even went as far as knocking her up.

He’s private and she’s the complete direct opposite of that. She is already said to be pimping out their unborn child and has filmed an ultrasound of the baby for Keeping Up With The Kardashians. We’re guessing that she is more likely to wait until that particular episode before revealing in a magazine spread that she’s having a boy or a girl.

Is anyone shocked that he’s not in the promo picture for the show? He has been busy in Paris working on his new album, so he has an excuse. Still, some part of us thinks that he really did know what he was getting himself into before knocking up this hookah. Thoughts?