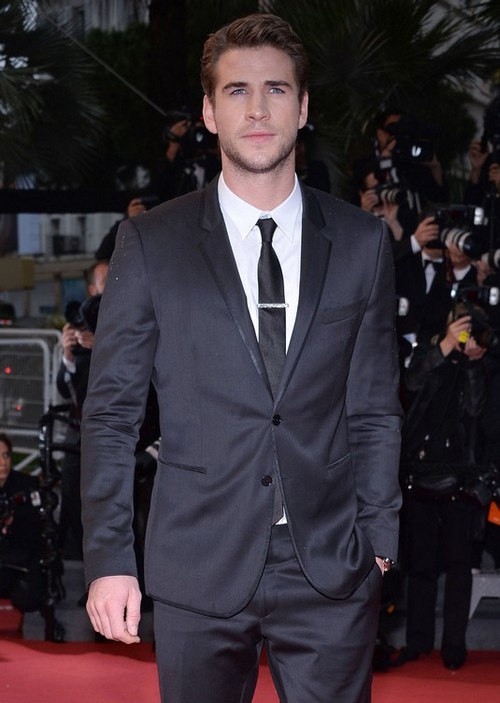 While everyone was thinking that Liam Hemsworth has reconciled everything with Miley Cyrus, there are reports that he’s been hooking up with Jennifer Lawrence. Oooh, we just love us some dirty gossip, don’t you?

Especially when it involves Miley and Liam. We thought things were hunky dorey between them until he was photographed in the back of a limo with January Jones. That’s when their relationship turmoil began, really. Miley then took off her engagement ring (to be “cleaned”) and he just took off to Australia.

Now, there are reports making their way across the internet that Liam is banging his Hunger Games co-star Jennifer Lawrence. Oooh the drama! They’ve been getting closer in Cannes, so it’s entirely possible.

A source said, “Liam and Jennifer were flirting all night long. They were giggling and couldn’t stop touching each other! Jennifer kept putting her hand on his knee while Liam leaned in, whispering in her ear. The electricity between them was off the charts!”

It’s been said that Liam had always been into Jennifer, but couldn’t act on his feelings because he was with Miley. Besides that, Jennifer was dating Nicholas Hoult until this January.

A snitch revealed, “She’s secure with herself – which is a change from Miley, who always needed attention. Jennifer is really his ideal woman, while Miley has turned into a trainwreck and her hard partying is a turnoff.”

The spy added, “Liam believes that he and Jennifer are much better suited — and both of them are anxious to see where their relationship goes!”

Do you think Liam would be better off with Jennifer? Sound off in the comments section below!

Miley Cyrus Claims She Still ‘Loves’ Liam Hemsworth – Will They Get…