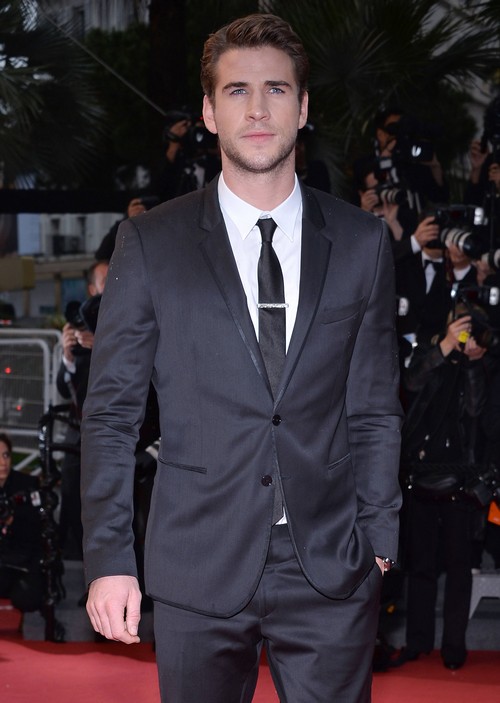 In Liam Hemsworth’s mind, his love affair with Miley Cyrus ended months ago and that is precisely what made it so easy for him to cheat on her back in February with January Jones. The emotional attachment was long gone and that made it not feel so awful to hook up with another woman.  After taking some time apart, Miley and Liam have been spotted together quite a bit but don’t mistake those sighting for a serious attempt at reconciliation, at least not on his part.

According to the June 3rd print edition of Life & Style magazine Liam would like nothing more than to be able to move on and start over with a strong, confident woman such as Jennifer Lawrence. Unfortunately it just hasn’t been the right time for Liam to take very many steps in that direction because instead he feels obligated to keep a close eye on the much younger, insecure Miley.

Since Liam has hurt her he feels an overwhelming responsibility towards helping her through their rough patch. I guess he doesn’t realize that it only causes more pain to hold someones’ hand and try to be their friend while you’re breaking their heart. He would be much better off cutting the cord and allowing Miley time and space to heal on her own. That would also give him the freedom that he is desperately wanting.

Will Liam finally get a clue and walk away free and clear or is he instead going to stay stuck in the vicious cycle with Miley? At what point does it become obvious that she’s preying on his kindness and keeping him stuck? Tell us your thoughts in the comments below!