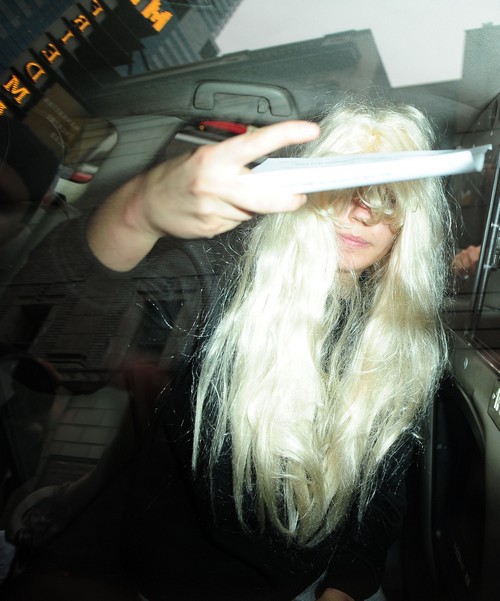 Amanda Bynes’ story just gets crazier and crazier by the minute. Firstly, she was arrested after toking up a joint in the lobby of her building. After inviting the cops into her place, she chucked a bong out of the window. She was booked for reckless endangerment, criminal possession of marijuana and evidence tampering. Now, she is trying to say that she was sexually harassed when the cops “slapped” her vagina. WTF?!?

She took to her official Twitter page to say:

Don’t believe the reports about me being arrested. It’s all lies. I was sexually harassed by one of the cops the night before last which is who then arrested me. He lied and said I threw a bong out the window when I opened the window for fresh air. Hilarious. He slapped my vagina. Sexual harassment. Big deal. I then called the cops on him. He handcuffed me, which I resisted, quite unlike any of the reports stated. Then I was sent to a mental hospital. Offensive. I kept asking for my lawyer but they wouldn’t let me. The cops were creepy. The cop sexually harassed me, they found no pot on me or bong outside my window. That’s why the judge let me go. Don’t believe any reports.

Are you buying any of this? We’ve also heard that Internal Affairs is already investigating Amanda’s crazy claims.