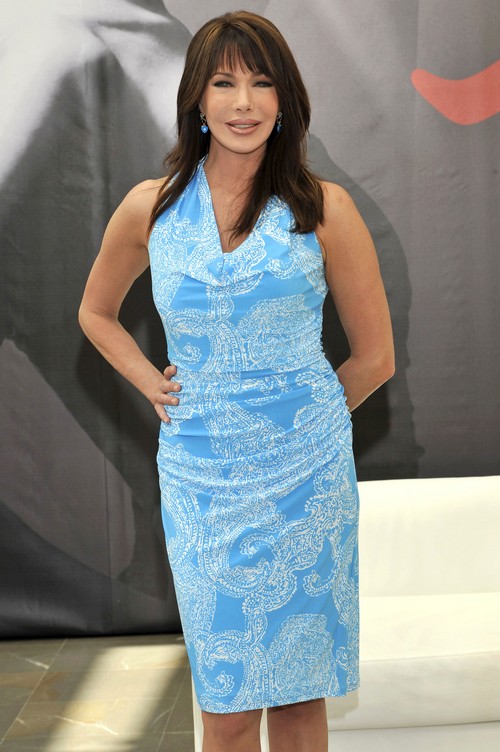 It must be pretty hard to separate real life from television when you’ve spent over 20 years portraying the same character in daytime television.  Katherine Kelly Lang has been a staple of CBS soap, The Bold and the Beautiful for even longer than that and for the majority of that run her character has been at odds with a character played by Hunter Tylo.  The women have fought viciously on-screen over men, money and children and it has spilled over into their real lives as well

According to the June 3rd print edition of GLOBE, when show veteran, Susan Flannery left the show by choice last December, the fight between the woman began spiraling out of control. Apparently Susan was close to both of them and always managed to bridge the difficulties to keep everyone civil. She had them not only playing nice but also speaking to each other in the make up room at at least pretending to get along. In the few months that Susan has been gone all of the kindness went out the window and both Katherine and Hunter have been battling for the spot of queen bee.

It has become increasingly clear that the writers and producers want Katherine to be the centerpiece of the show, giving her great story lines while Hunter seems to just be there to bolster everyone elses’ onscreen action. Finally Hunter got tired of feeling under appreciated and when it came time to renegotiate her contract, the talks crumbled According to sources set side it was a battle of the divas and Katherine clearly won this round.  Are you a fan of Hunter’s? Will you miss seeing her on B&B? Do you think she’ll resurface down the road when the writers decide to actually give her character a story again? Tell us your thoughts in the comments below!