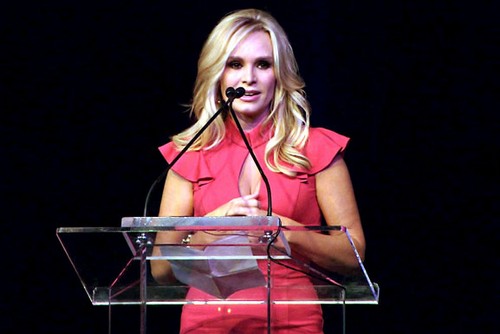 Tonight on Bravo our favorite ladies the Real Housewives of Atlanta returns with a whole new episode called, “Speech Therapy.”  On last week’s show while Heather was in Hollywood filming a guest role on Hot In Cleveland, Terry struggled at home alone with the kids. Meanwhile, Alexis pursued her own acting career in Orange County.

Gretchen and Slade ruffled some feathers when they were inconsiderate on Heather’s big day. Then, Lydia confronted her mother about her marijuana smoking habit.  Did you watch last week’s episode? We did and we recapped it here for you HERE!

On tonight’s show Vicki is torn between spending the evening with her on-again-off-again beau Brooks and babysitting her grandson Troy. Meanwhile, Lydia convinces Alexis to finally meet with Tamra for the first time since their epic fight. Gretchen visits a fertility doctor, and Lydia tries to accept that her mother won’t stop smoking marijuana. Then, Tamra gives a powerful speech at the Los Angeles Women’s Expo where she reveals shocking details of her past that she has kept secret for years.

Tonight’s episode is going to be filled with the usual Housewife drama and you won’t want to miss it, so be sure to tune in for our live coverage of the show tonight at 8 PM EST!