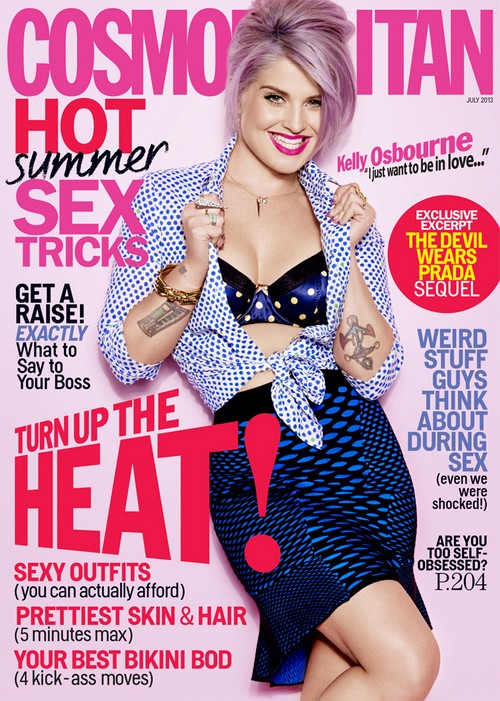 Kelly Osbourne is featured on the cover of the latest issue of Cosmopolitan magazine. In the magazine, she discusses her life with fiancee Matthew Mosshart and the thought of having babies!

Kelly talked of the prospect of giving birth to babies, but said that the consequences of that kind of suck. She told the magazine, “I do want babies, but I don’t want a great big vagina.”

She also talked of Matthew and how he is different from anyone else that she has dated in the past. She said, “He just wants to love me, and I just wanted to be loved by him. Every single other guy I’ve dated has wanted something from me. They’d call people I know and ask for favors. I’d have to say, ‘Trust me. Telling someone you are my boyfriend isn’t going to get you very far.”

Lastly, she spoke of her tiff with Lady Gaga recently. She said, “I loved Lady Gaga. I totally believed in everything she stood for, until I realized she’s a great big hypocrite. Don’t say, ‘When you see bullying, intervene,’ while letting your fans send me death threats. If my fans did that, I would not stand for it. You can say whatever you want with your millions of monsters. I know the truth. Your bells and whistles mean nothing to me. You’re feeding on the freaks and geeks to further your career? Do you really care about the gay community? Because if you did, you’d stand up for it more than you do.”

Does she have a point? Let us know your thoughts in the comments section below!