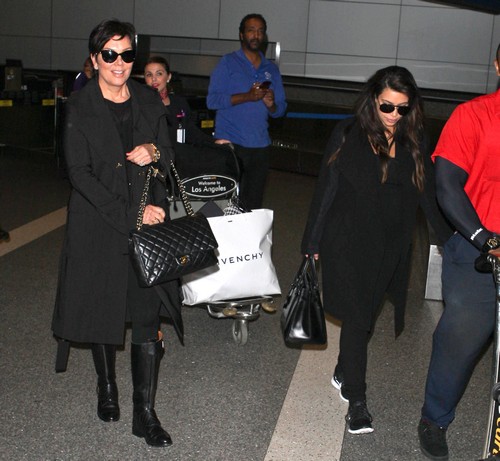 I wonder how long famed momager, Kris Jenner has been working on this deal. I’m talking about the fact that Kim Kardashian is like, minutes away from signing a deal with Weight Watchers. Of course Kim was going to capitalize on the massive pregnancy weight gain and find a way to make a mint out of it, right? I’ve even heard rumblings that Kris has encouraged Kim to gorge herself so that the payoff will be even better later on.

As far as the dollar signs go, Jessica Simpson inked a $4 million deal with the company so you and I both know that Kim’s not going to take less than that. Millions just to lose pregnancy weight- we should all be so lucky!

Do you think that once the baby’s born Kim will have any motherly instincts and try to keep it out of the spotlight? I realize that she’s a total fame whore, but is there any chance that she’ll protect her kid and keep it from every paid photo op available? Supposedly she has already hired a crew to photograph and document every moment of her first week of motherhood. She full intends to sell those photos for a small mint. It’s an issue already causing huge problems with baby daddy Kanye West. He wants the baby to be kept private and to discourage the paps from taking desperate measures to get a great shot he just intended to tweet a pic of his own. That was curiosity is satisfied and the price tag on the kids head decreases greatly.

How much do you think that Kim will ultimately profit off of her pregnancy and new baby? Tell us your thoughts in the comments below!