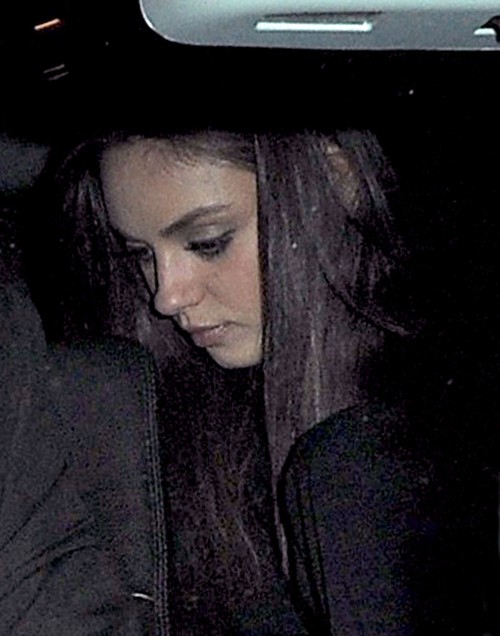 What kind of person snubs a fan as young as a mere twelve-years-old? A mean one, that’s who! According to reports, Mila Kunis did just that recently, leaving the poor kid in tears!

Mila was approached by a twelve-year-old fan at a skating rink in the San Fernando Valley as she stopped to talk with some friends there. The girl asked for a photo with the actress, but she was having none of it!

A source said, “The little girl gushed that she was a HUGE fan and just loved Mila’s movies. But Mila just stared with frosty eyes when the girl asked if she could take a photo with her. Without even giving her so much as a brief smile or thank you, Mila literally turned her back on the kid, whispered something to her friend and skated off.”

The source went on to say, “Then the friend told the girl, ‘Mila doesn’t want to be bothered, so don’t approach her, or speak to her, again.’ The kid turned beet red and began to tear up as she watched Mila skating around laughing with her friends!”