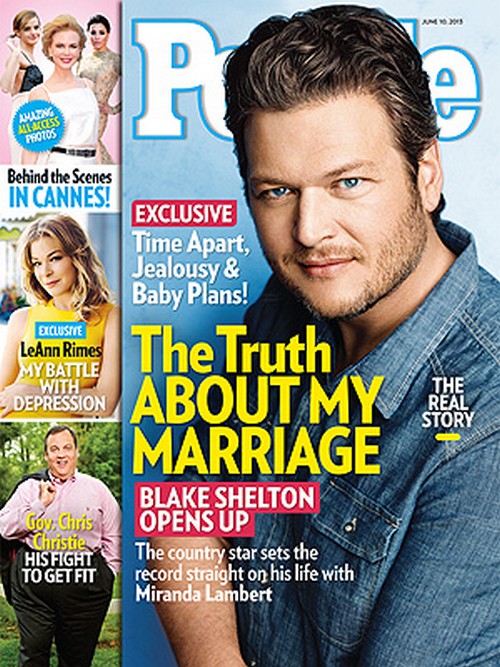 Country singer Blake Shelton trusts his wife Miranda Lambert so much that he lets her check through all of his stuff.

Given all of the rumors that have been flying around about the state of their marriage, we are glad that Blake has stepped up to set the record straight. There have been rumors that he’s been cheating with a 23-year-old girl right behind Miranda’s back. We haven’t doubted that he would cheat — until now.

Blake spoke about the rumors in the latest issue of People magazine. He has now called BS on the reports that he is cheating. In fact, he doesn’t have a problem with Miranda checking through his phone and computer — if she needs that kind of relief to know that he’s not doing anything he’s not supposed to.

With regard to checking his electronics, he said, “That’s always been our policy: ‘Here’s my phone. Go through it.'”

He added, “That’s really the kind of trust we have. There are no secrets. [I’ll say:] ‘Go dig through my drawers or my computer if you feel like you need to.’ And that’s been a really good thing, because I don’t want her to ever have any doubts.”

Still, neither of them have addressed the rumors that she’s a raging alcoholic….so stay tuned…