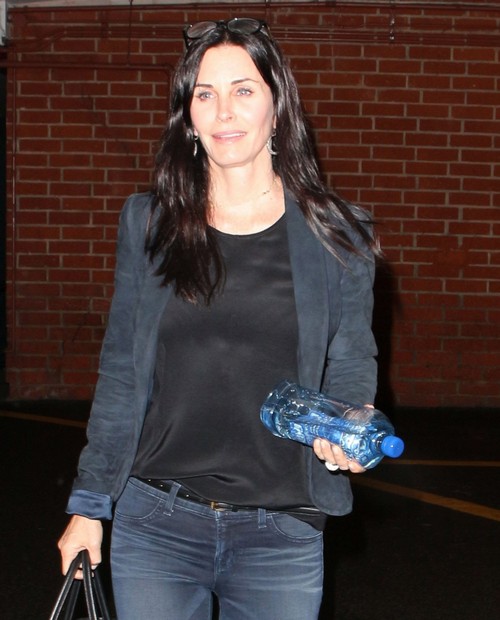 It’s official! Courteney Cox and David Arquette are done and over their marriage. They are officially divorced now! Congratulations to them?

Courteney and David married on June 12, 1999 and had their daughter Coco in June 2004. After he was rumored to have been skeeving around behind her back, she promptly told him to hit the bricks. He moved out, but there was always hope that they would reconcile their differences. They just seemed like the couple that belonged together, despite his wandering boy parts.

In October 2010, the former couple announced that they were separating. In 2012, he filed for divorce from Courteney, citing irreconcilable differences. We’re guessing that he didn’t want to say he cheated? He was kind of busted out in the open cheating, so it wasn’t just random speculation.

But on Tuesday, an L.A. County Superior Court judge entered a final judgement for the divorce … officially ending the 12-year marriage.

In the divorce docs, both Courteney and David requested joint legal and physical custody of their 8-year-old daughter Coco … so it’s likely they got what they asked for.

They have made it a point to remain friends after they divorced and we’re sure that their daughter will be a better person for it. Kudos to them for remaining amicable. It’s got to be hard in a place like Hollywood, don’t you think?

Courteney Cox And Johnny McDaid Engaged: She’s Ready To Dive Into Another…