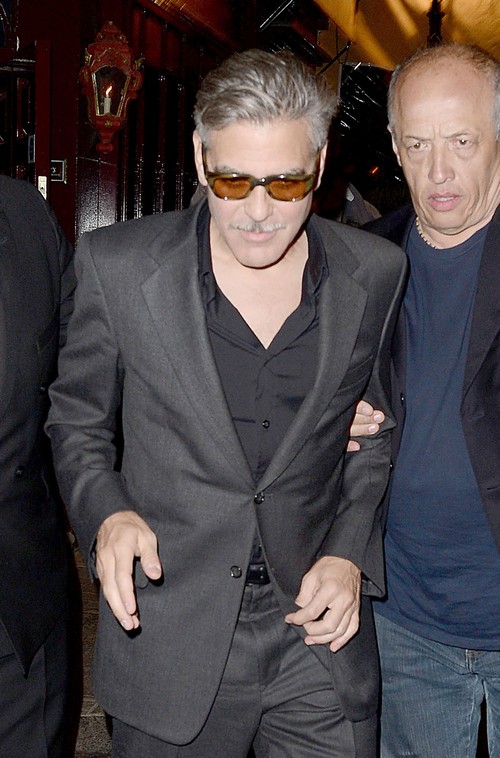 According to the latest reports, George Clooney has called it quits with his most recent arm candy, Stacy Keibler. Shocking, right? Perhaps she finally asked him for a commitment and she showed him the door?

Reportedly, George was busy over the weekend getting cozy with someone who wasn’t Stacy. Uh oh! He was said to be holding hands in London with his former model fling Monika Jakisic! Can you believe it? We were sure that George wasn’t one to really go backwards in the dating game…so we’re surprised, really.

We are guessing that Stacy’s contract was up….Ha! He got tired of her, gave her a career boost and jumped ship for greener pastures.

With regard to the hand holding incident, a source said, “They seemed to be having a great old time together. He didn’t seem to care who saw them. He was being openly affectionate.”The source went on to say, “Lots of people were going up and saying hi to George – he didn’t leave Monika’s side. The place was packed but he didn’t seem to care who saw them inside the club. They were laughing and looked very comfortable together and were there ’til very late.”

The snitch added, “He left first and she left after him. He didn’t want to be photographed with her. Maybe she was a shoulder for him to cry on – not that he looked like he was crying. He looked very happy – they were smitten with each other.”