Justin Bieber Knocked Someone Up When He was Just 15! 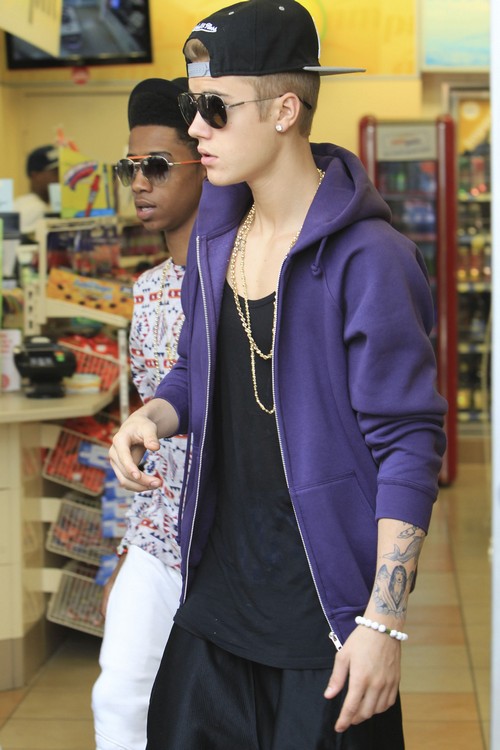 I hate when celebs slowly but surely become more famous for the scandal that follows them rather than  the talent that made them famous in the first place. Justin Bieber is quickly falling into this category. I mean, really, when was the last time that you heard anything good about him connected to his music? It’s all about the weed, the random chicks, his temper and whether he and Selena Gomez are on or off again.

Biebs reputation now proceeds him and there seems to be an endless stream of people willing to spill the beans. The latest bit of dirt has him impregnating a 25-year old when he was just 15.  According to Star Magazine, in early 2010 Justin hooked up with a European woman that he met at a TGIFriday’s in South Beach. She returned to Europe soon after and found out that she was expecting a baby, due that October. She provided text messages and a photo of them together to try and bolster her claims. The random chick also never informed Justin because she wanted privacy, so I’m not sure why she’s talking now!

What’s your feeling on this one? Could Justin really have fathered a child at 15? I’m sure he had plenty of chicks throwing themselves at him back then, do you think he was having unprotected sex with them? Would you be shocked to find out that he already technically has a child?

Why do you think that this woman waited so long to come forward? If she wanted to protect her child from the press then why is she talking to Star about the whole thing now? Is it just a random person trying to cash in on Justin’s fame? Tell us your thoughts in the comments below!