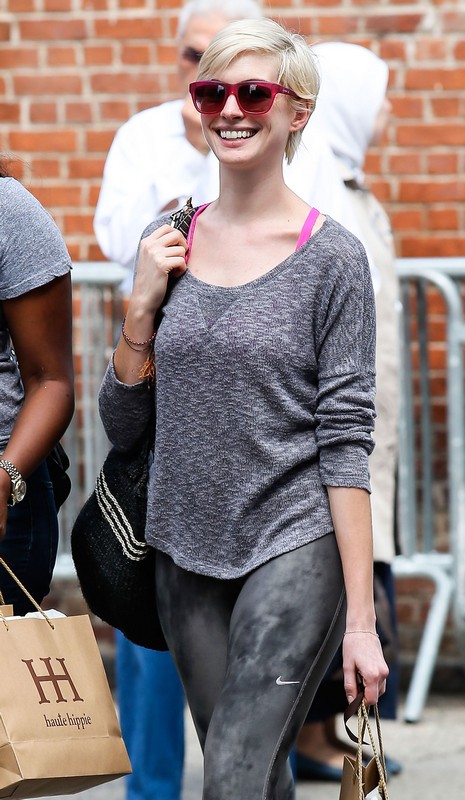 I guess just being generally disliked by women in general wasn’t enough for Anne Hathaway. She decided to aim even higher so that those closest to her would also find precious little redeemable about her!  Winning that Oscar a few months back apparently went to girlfriend’s head and since people aren’t inclined to naturally respect her, she’s now demanding it!

According to Star magazine Anne Hathawy is now making anyone that works on her staff refer to her as “Miss Hathaway” and it’s not earning her any likability points anywhere. Even Anne’s closest friends admit that her ego is way out of control and they can’t stand her arrogance. One of her staffers screwed up and accidentally called her Anne and the actress freaked. She was quick to reprimand them about the slip up.

I wonder what made Anne decided to impose this new rule. I doubt it just popped into her head out of nowhere. There must have been an instance of some kind that sat really badly with the actress that prompted her to demand that people respect her at least when speaking. It’s too bad she just doesn’t earn the respect the old fashioned way- by being a good person.

Why do you think Anne is so widely disliked? I think part of it has to do with the vibe that she gives off that makes it feel like she’s faking her way through everything. We could watch five interviews with Anne and still walk away feeling like we know nothing about her. I think it’s that fakeness that makes women in general not like her. What do you think? Tell us in the comments below!