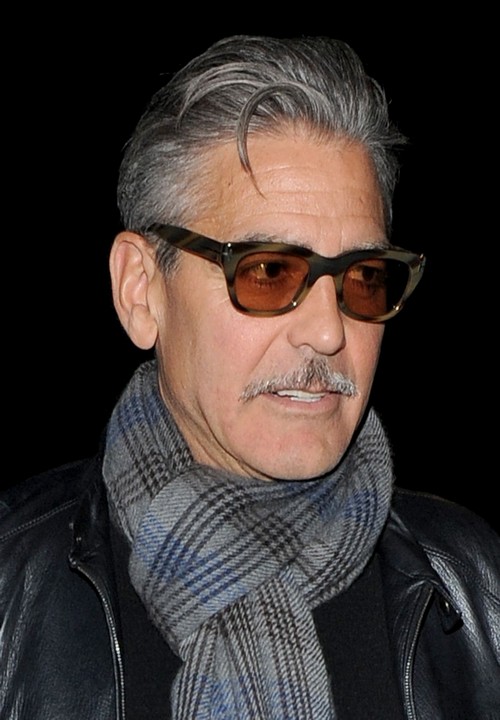 A recent report suggested that George Clooney had called it quits with Stacy Keibler and was holding the hand of an ex-girlfriend.

It was said that George Clooney was holding hands and flirting relentlessly with his ex, Monika Jakisic. This sparked reports that Stacy had outlived her usefulness and was kicked to the curb by the notorious bachelor. We weren’t shocked to think that they had called it quits, usually George has already moved on to the next one by now.

An eyewitness reportedly said, “They [George and Monika] seemed to be having a great old time together. He didn’t seem to care who saw them. He was being openly affectionate.”

Now, however, he is denying any reports of hand holding or otherwise. He revealed in a new interview, “The story is made up. I wasn’t holding anybody’s hand. Stop trying to sell magazines by creating scandal that isn’t there.”

So he has denied the hand holding, but not that he and Stacy are broken up. What gives?