Is Jennifer Lopez Cheating on Casper Smart with Pitbull? 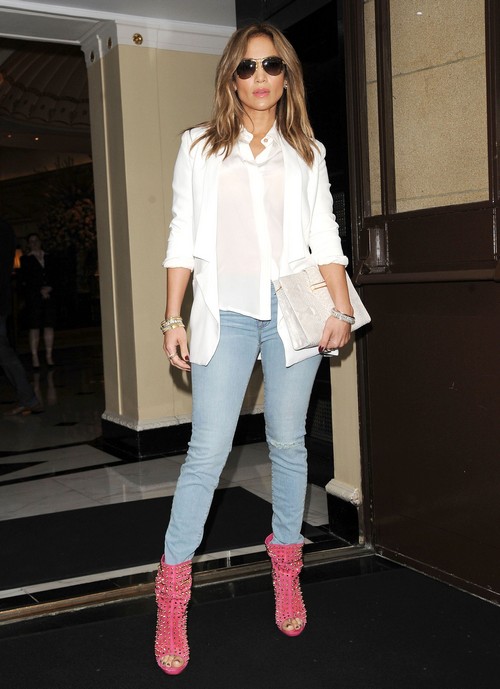 Things just got really messy over at Jenny from the Block’s house!  Jennifer Lopez has collaborated with mega hit maker, Pitbull on several occasions over the past four years and her boy toy, Casper Smart is finally wondering what’s really going on between the two. After seeing the two performing a routine for their new song Live It Up, Casper had no choice but to accuse Jen of banging Pitbull on the sly.

According to National Enquirer, Jen first laughed her head off and then flipped out on Casper. She reminded him that she’s the boss, the moneymaker and the one lining his pockets so the accusations better stop. But here’s the thing, she never denied sleeping with Pitbull!  The two have been friends for years and while Pitbull is a decade younger, Jen totally respects him because he has the drive and ambition that she looks for in a man.

That alone leads me to wonder why she’s still with Casper! He has spent the past few years leeching off of Jen and every opportunity that has come his way, has been because she helped to make it happen! According to Jen’s friends she certainly doesn’t think that Casper is marriage material. He is simply Mr. Right Now.

Would she be better off with Pitbull? That’s a Latin power couple that I would love to see happen! One of the things that Jen loved about her marriage to Marc Anthony was that he was her equal. He worked just as hard and was just as self made. She’s also find these things in Pitbull. Do you think there’s anything going on between them?  Would Pitbull want a relationship with Jen or do you think he still prefers to be single and free? Tell us your thoughts in the comments below!