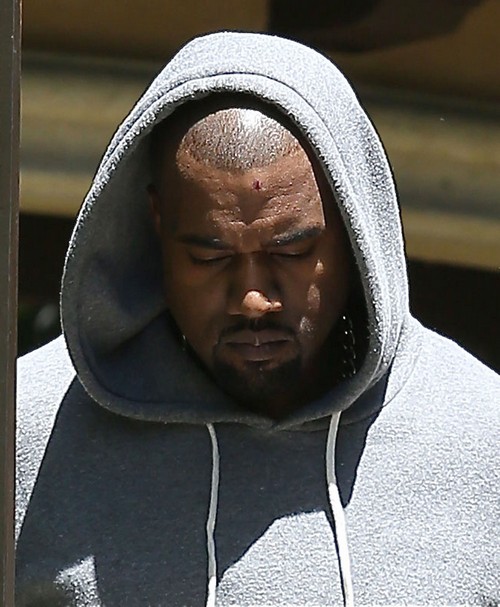 Kanye West is super important, guys. So much, that he wasn’t even at the doctor’s appointment when Kim Kardashian found out the sex of their baby.

Of course, this just might start a new wave of speculation that Kim and Kanye are having nothing but problems in their relationship. You never know, right? He agreed to go to the taped baby shower after she begged him to and has said that he wants their child to have a more private life out of the spotlight. Still, he should’ve been there when the big reveal was made, no?

Khloe Kardashian talked about the appointment during her TODAY show interview. She said, “He was at all the previous ones where we couldn’t find out the sex of the baby. So that was just the one he wasn’t at. But we were videotaping it on our iPhones and everything…I think he had a concert.”

She went on to say, “It was crazy because we went to three different doctor’s appointments and the baby kept sitting, like, Indian-style. So we couldn’t tell the sex and it was frustrating, so we were so happy to finally find out.”

Khloe denied that the duo are having any relationship problems, adding, “They’re great. He’s in L.A. now with Kim and they’re great.”

Do you think they are actually great? Hit the comments and share your thoughts!