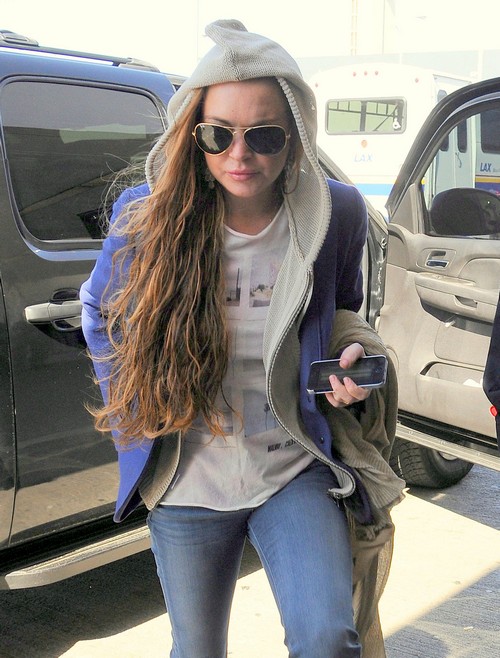 Lindsay Lohan is really trying hard at the Betty Ford Center to unify her family. After all, it’s after she is released that she will need them the most, right?

Despite all of her talk about how she did NOT need rehab and that it was all some kind of joke to her, it’s apparent that she is doing a fine job while in treatment. She is still pushing her father to get her out of Betty Ford and into the Lukens Institute (where Adderall might be tolerated), but we’ve heard nothing but glowing reports of the actress’ treatment.

Now, we’ve learned that Lindsay is passing out little tokens of unity to her entire family. She has picked up anchor necklace charms to give to Dina, Ali, Cody her mother and father. How nifty of her. TMZ reports:

We’re told Lindsay decided to purchase “anchor” chains for her dad, sister Ali and her brother Michael Jr. … to represent how they are all anchors in her life. Dina, Cody and Lindsay already have the chain.

Lindsay believes the symbolic gesture can actually open the door to some semblance of family unity … which counselors think could help her in rehab.

Do you think the trinkets will help her and her family? Or are they just for show as a PR move? Share your thoughts below!