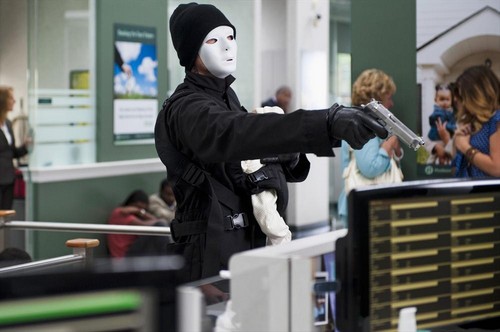 Meanwhile, a random arrest at 15 Division puts Sam Swarek and the other officers in the middle of the drug investigation-turned-rescue operation. Finally, Andy had to figure out how to cope with the transformation of her own life as well as those of her friends at the station and continue to do the job she loves.  Did you watch last week’s season premiere, we did and we recapped it here for you!

On tonight’s show Andy must make peace with her past when she’s forced to work a bank robbery case with the newly promoted Swarek on her first day back at 15 Division. The investigation leads them to a violent ex-convict determined to get his old life back at any cost. Meanwhile, Nick and Gail help a distraught woman who offers Nick some perspective on his life with Gail, and Frank drops a bombshell on Noelle.

Tonight’s episode is going to be an exciting one that you won’t want to miss, so be sure to tune in for our live coverage ABC’s Rookie Blue tonight at 10 PM EST!