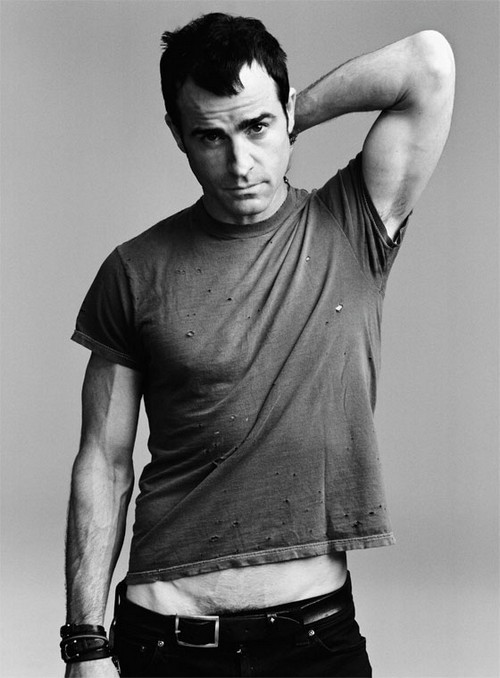 Recently, Brad Pitt talked to Esquire magazine and said that he was basically baked for his entire marriage to Jennifer Aniston. At least that’s how it came across to us. He seemed rather douchey with regard to his former marriage.

Either way, her new fiancee Justin Theroux was pretty miffed about Brad talking smack about his woman. So much, in fact, that he basically told Brad to stuff a sock in his pie hole. It appears to us that Brad’s personal life is off limits to the media unless he’s using it to promote a new movie.

According to a friend of Justin’s, Justin is quite upset that Brad is referencing his marriage to Jen in the latest issue of Esquire magazine. The inside snitch said that Justin gave a message to a mutual acquaintance to share with the actor.

The source said the message was, “It’s very uncool that once again you’re taking shots at Jen in public – please stop, because it’s really upsetting her.”

It’s not the first time that Brad has used his former marriage as tabloid fodder. In 2011, he talked to Parade magazine in which he also criticized their union. He said that he was “trying to pretend the marriage was something that it wasn’t.”

The spy added, “Jennifer is hurt that he would do it again. Jen has moved on with Justin and is finally happy, but he keeps pouring salt into the wound.”