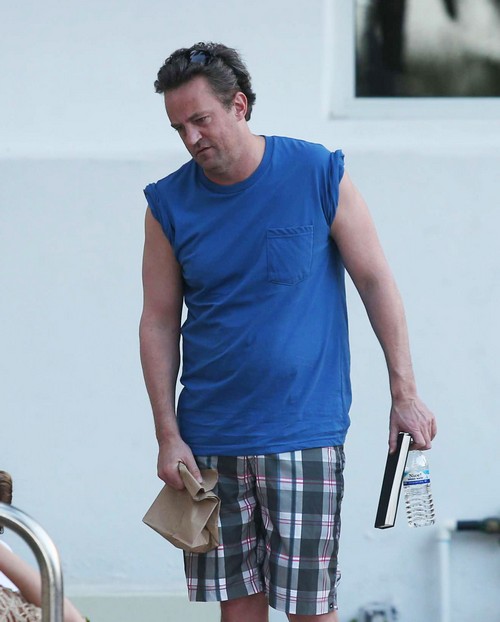 In his earlier days as Chandler Bing on Friends, Matthew Perry abused drugs and alcohol. Now, he’s opening up about his past abuse and is trying to help others who are headed down the same path. What a great guy.

He said of trying to hide his drug issues, he said, “I think I was pretty good at hiding it, but eventually people were aware.”

In 1997, he revealed that he checked into a 28-day rehab program in order to kick a Vicodin addiction. He said of addiction specialist Earlk Hightower, “This guy has saved my life, literally 15, 16 times.”

In 2001, he then sought treatment again for addictions to Vicodin, amphetamines, alcohol and methadone. He said of photos of him during that time period, “I honestly recoil. It’s scary to look at that. I was a sick guy.”

Now that he is sober, he has been keeping busy trying to help others. He has gone as far as opening a sober living house in order to help men transition from rehab to regular society. Matthew said, “The thing that I’m most proud of in my life is that if a stranger came up to me and said, ‘I can’t stop drinking. I can’t stop drinking. Can you help me?’ I can say, ‘Yes, I can help you.'”

We’re glad that he can reach out to those who need help and get them through their struggles. Good for him. There aren’t enough people like him in the world. What do you think?