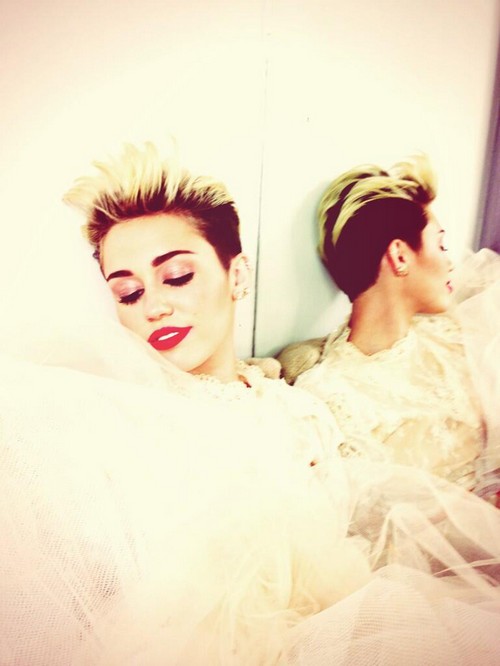 Miley Cyrus took to her official Twitter account to share a photo of herself wearing a wedding dress. Does that mean that everything is back to normal with her hot Australian boyfriend Liam Hemsworth? It would appear that things might actually be alright with the young couple — or she has shared something from an upcoming video.

Could that just be wishful thinking? Perhaps Miley Cyrus is just trying to share something that she has wanted to happen? We’re not sure what’s going on with them as their relationship seems to be up in the air at the moment.

Us Magazine broke the news of their split, saying that it was basically her immaturity that caused Liam to want to part ways. Another publication claimed that Miley was partying like crazy and Liam had gotten tired of it. Either way, there has been no official confirmation one way or another as to the status of their relationship.

For now, all we are left with are rumors and speculation. Do you think that they are back together? Or did they even split in the first place? Hit the comments and let us know your thoughts!