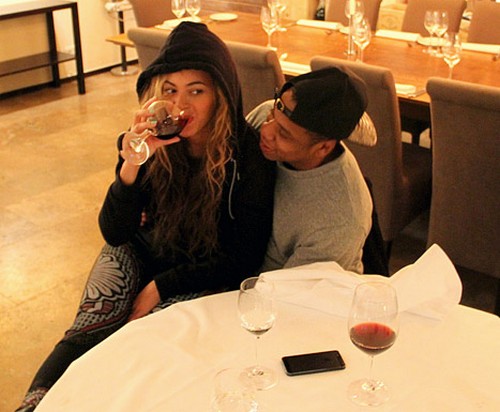 Beyonce wants all of her fans to know the answer to a question that’s been on a lot of our minds: Is she pregnant? Apparently the answer is no because the singer shared a photo of herself with husband Jay-Z sipping on some wine.

The pregnancy rumors began when Bey attended the Met Gala earlier this year. We didn’t think she looked pregnant at all, but the rumors persisted that she was hiding a baby bump. She never personally took the time to address the rumors, but just let people think what they wanted.

The rumors festered and Jay-Z talked to someone affiliated with a radio station to say that the pregnancy rumors weren’t true at all. Apparently that wasn’t enough for some folks, who persisted that she was carrying the couple’s second child. So, Beyonce shared the above photo on her official Tumblr account, thus hopefully quietening down the gossip regarding the contents of her uterus — for the time being.

Did you think she was pregnant? Hit the comments and tell us your thoughts below!