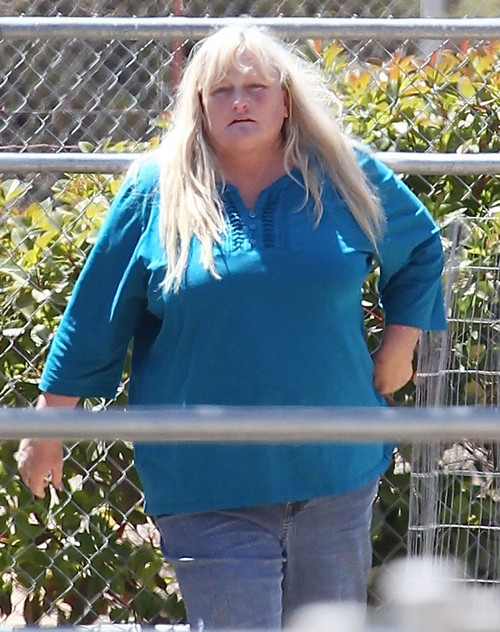 It wasn’t until just recently that Paris Jackson was even allowed to reconnect with her birth mother, Debbie Rowe. When Michael Jackson divorced Rowe about ten years ago and quite literally paid her to stay away from their kids, she eventually bought a horse farm and decided to live a quite life away from Hollywood. She hadn’t seen either Paris or her brother Prince Michael Jackson in years, when Paris decided that she wanted to get to know her birth mother. It actually makes sense that she would seek her out and want to know about her only living parent.

Katherine Jackson has supported Paris getting closer to Rowe and has encouraged their bond. Paris is worried because her mother is inching towards 300 pounds and not in the best of health. Paris has tried to put her on a diet all by herself but that doesn’t seem to be working. According to the June 10th print edition of GLOBE, Rowe suffered a frightening public fall recently. On May 18th while visiting an Equine center in Santa Barbara she suddenly toppled forward and narrowly missed doing a full face plant. Workers rushed over to help Rowe up and after the fact she made jokes about the tumble, trying to make light of the situation.

She wasn’t sure why she fell but it was another thing that scared Paris. She’s really praying that her mother will get herself healthy because now that she has her back in her life, she’s extra fearful of losing another parent.

Are you surprised that Katherine Jackson is going against her son’s wishes and allowing Rowe into Paris’ life?  It seems like she has decided that doing the opposite of what Michael actually wanted is really in the young girls best interest, don’t you think? Will Rowe get healthier in order to be around for her daughter? Tell us your thoughts in the comments below!