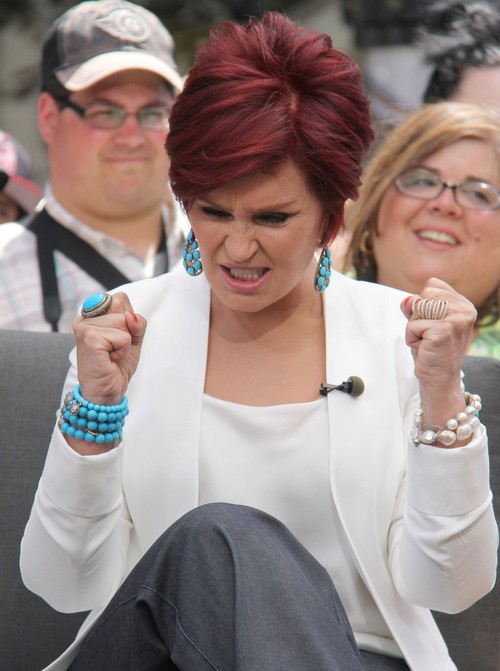 Sharon and Ozzy Osbourne have had their share of ups and downs, but it was a recent relapse on his part that really tested their marriage. He went back to drinking and doing drugs and she promptly left him, telling him that she basically had enough of his BS.

At that time, she told the famous Prince of Darkness that she would not take him back unless he kicked the habit for at least three months. When he finally was three months sober, they reunited and everything became right with the world. Now, she has issued a warning to him: if he does it again, she’s out of there!

A source revealed to the National Enquirer, “Ozzy will do anything Sharon asks as long as she’ll take him back. He can’t bear to live without her. But she’s warned him, no more sneaking around behind her back doing drugs or drinking. Any slip-ups and she’s out of there.”

Can you really blame her for not wanting to have to put up with a man who does drugs and boozes it up all of the time? He said that he was a real jerk to everyone he loves — so hopefully keeping her around is enough to keep him sober. What do you think?

Sharon Osbourne Basically Thinks Kanye West Is A No Talent Bum And We Agree!

Ozzy Osbourne Says Marriage To Sharon Osbourne Is Good, He Moved Out To Go To Rehab