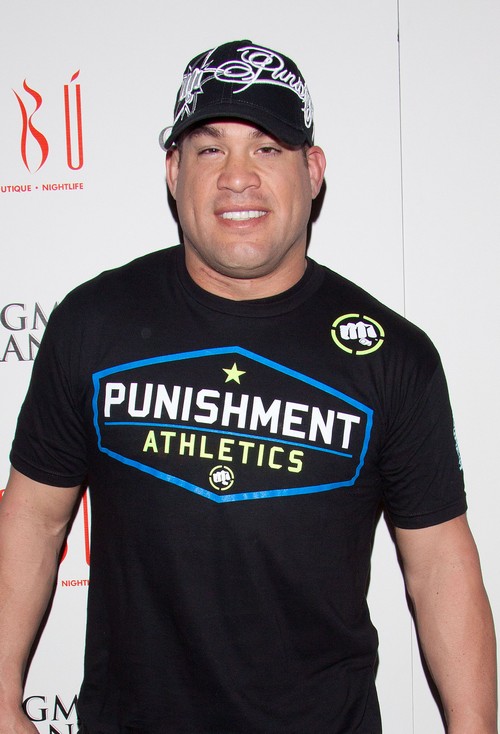 Former UFC light-heavyweight champion, Tito Ortiz, recently had some harsh allegations levied against him by the mother of his twin boys, porn star Jenna Jameson.  From domestic abuse to rumors of drug use, UFC Hall of Famer and his ex-wife Jameson have had a very volatile relationship.  Now, Jameson is bringing their issues back in to the public spotlight in an attempt to get her children back.  One might ask is this the best strategy? NOPE!!! However it certainly is interesting at least for us in the public watching and judging. Jameson is accusing Ortiz of rampant drug use and cheating drug tests during his time in the UFC.

Jenna Jameson and Tito Ortiz first got together in 2006. The couple had twin boys in 2009. In 2010, Ortiz was arrested for domestic abuse at the couple’s home. According to mmafightcentral.net, Ortiz claims that there was no domestic violence and that an argument started with Jameson over her being addicted to Oxycontin for the past year. According to Tito’s statement he never hit Jameson and that the argument was because he had found the Oxycontin in the house. Tito was very emotional and did not answer any questions following the statement. No official charges have been filed but police are still investigating the incident.

Twins, domestic violence, driving under the influence (DUI), are the latest bump in the road and it appears to be the latest twist of an ever-turning saga between the pair, who is apparently in the midst of a custody battle. Obviously this was not the first accusation of domestic violence or drug abuse.  The “truth” whatever it may be should be revealed in a court of law, not the court of social opinion especially if the main focus is the kids which should be everyone primary concern. Share your thoughts?