Teresa Giudice and Melissa Gorga Will Never Be Friends – Find Out Why HERE! 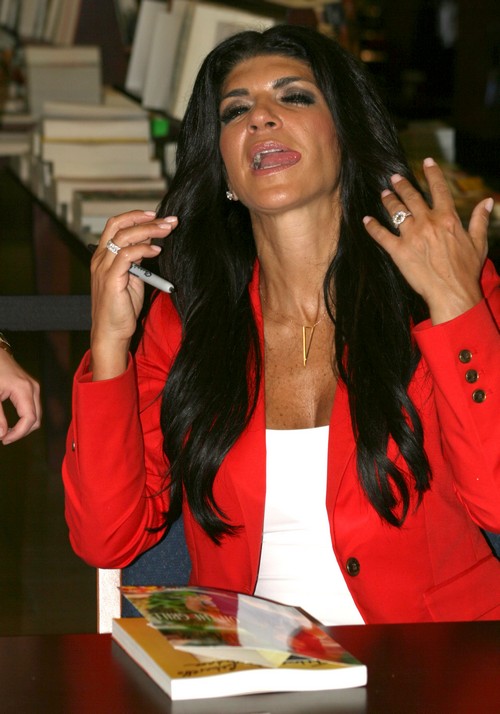 If you’re a fan of The Real Housewive’s of New Jersey then you already are familiar with the never-ending war between Teresa Giudice and Melissa Gorga. When Teresa’s baby brother, Joe Gorga dared to marry Melissa it caused a huge rift between the family. It often looks like Teresa sets Melissa up to take the fall. Last season we watched as the infamous “strippergate” unfolded. Teresa tried to insist that Melissa used to be a stripper and she brought in her former boss to lie for her. It proved that Teresa would stop at nothing to try and destroy that part of the family.

According to the June 10th print edition of Life & Style magazine there are a multitude of reasons why these two will never be able to maintain a friendship. Teresa Giudice says that the kids never hear her say a bad word about their Aunt Melissa but viewers have watched her daughters make fun of her the same way that Teresa has.

Melissa also believes that Joe Giudice really doesn’t have that much of a problem with her. She believes that he shoots is mouth off because if he didn’t then Teresa would be pissed off at him. RHONJ premieres this weekend, will you be tuning in to watch these two families go at it for yet another season?  Has the feud gotten old yet or do you think it’s still part of what appeals most to you about the show?  Do you think that Bravo should consider mixing up the cast a bit?  If they decided to do that, who would you like to see get the ax first and foremost? Would RHONJ survive without the Giudices’ and the Gorga’s? Tell us your thoughts in the comments below!