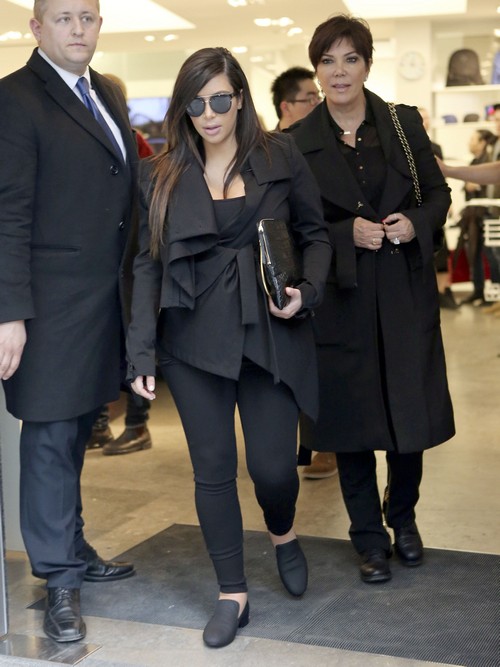 Perhaps Kris Jenner does have some sort of motherly thing built in after all! We have all watched Kim Kardashian absolutely struggle through this pregnancy. All of her attention has been on her weight rather than the fact that she’s about to be a mother. She has put herself and child at risk by traveling after the safe point in any pregnancy and she is rumored to still be getting Botox and injections in spite of it going right to her baby.

Obviously Kim, even at 8 months pregnant is incapable of putting anyone else before herself. Even Kris is slowly but surely admitting this fact.  She recently told femalefirst.uk “I’m really, truthfully nervous about Kim giving birth and getting through this whole baby thing.”

That might just be one of the most real and honest statements that Kris has ever made! She should be worried about her daughter’s mothering abilities! Kim  has complained every inch of the way through her pregnancy, making very normal issues sound like the end of the world so how the hell is this chick going to deliver a baby? Supposedly sources close to her claim that Kim isn’t nervous at all about delivery which you and I both know is a totally crock! Every woman is nervous about having their baby! It doesn’t matter if you’re a first time mom or if you’re having your fifth kid, it’s scary.

How do you think that Kim is going to handle the birth of her child?  That might be the easier part. How is she going to spend the next 18 years being full responsible for another human being? That’s an even bigger question! Tell us your thoughts in the comments below!