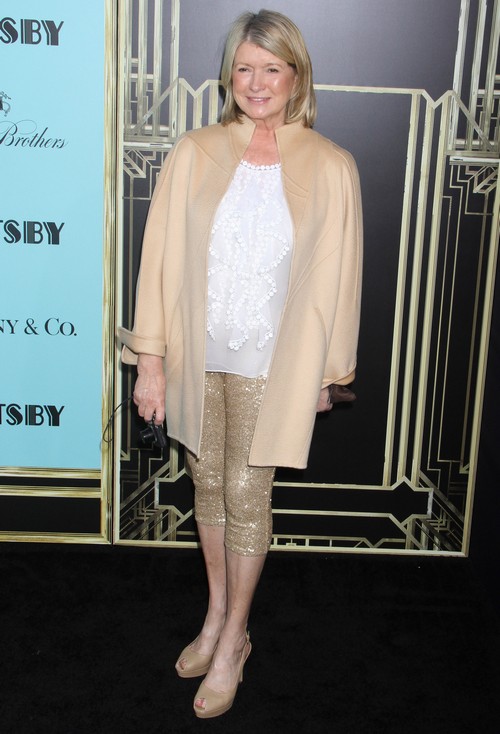 Martha Stewart has been on the prowl for awhile now. She recently admitted that at the ripe old age of 71 she’s tired of being single. This chick is ready to find a new husband, or at least mingle a bit.  She’s looking for a guy that is adventuress and seeking new experiences. TV’s DR. Oz suggested that Liam Neeson would be a great match for Martha and she didn’t exactly disagree! Can you blame her? I’ve always been a fan of his accent, but that’s a whole other story.

According to the June 10th print edition of GLOBE Martha thinks that a hook up with the 61-year old Liam would be a “good thing”. She has made her manhunt rather public in the last month or so, admitting to trying her luck at the online dating game. She created a profile over at match.com and started perusing through possible contenders. Martha isn’t necessarily looking for a Hollywood type either. She simply wants a good man with his own money to spend time with.

Did it surprise you to hear that Martha had tested out the waters of online dating? She really appreciated being able to look at individual profiles before ever setting up a date. Let’s face it, I’m sure Martha, like every celeb has had her share of people that just say the right thing to try and find an “in” with her. This is one tool that has allowed her to get a glimpse of a mans’ real character before even introducing herself.

Now back to Liam, would he ever agree to a date? Doesn’t he usually prefer younger women? However blondes do seem to be his favorite so Martha does have that in her favor! What do you think, could it work? Tell us your thoughts in the comments below!