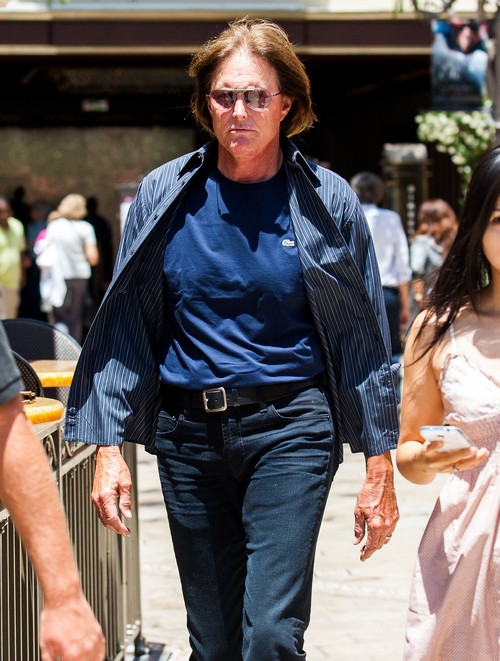 We think that Bruce Jenner isn’t too keen on his step-daughter’s romance with rapper Kanye West. He and his son Brody were talking to an interviewer for E! and the Olympian didn’t pull any punches about his thoughts on the rapper.

Just like we would have guessed, it appears that Kanye hasn’t really been around that much. Either that, or Bruce just doesn’t like him. When the questions turned to KimYe, Bruce said, “Actually, I have only met him once… Yeah he’s not around, he was in Paris the whole time writing, and he just hasn’t been around.”

Ouch! Doesn’t that sound like disdain or what?!? Kim has probably done what she could possibly do in order to be with Kanye, but he’s not really budging. Perhaps it’s more of his dislike of the cameras, the reality TV life or the fact that Kim can’t take a crap without her mom wanting to sell the story to Us Magazine.

We can see it now…Kim goes to the bathroom and Kris calls up the tabloids for a “STARS ARE LIKE US” feature. Ha. Just kidding — it would totally make the cover.