Jessica Simpson Believes Her Father is Going Through a Gay Phase 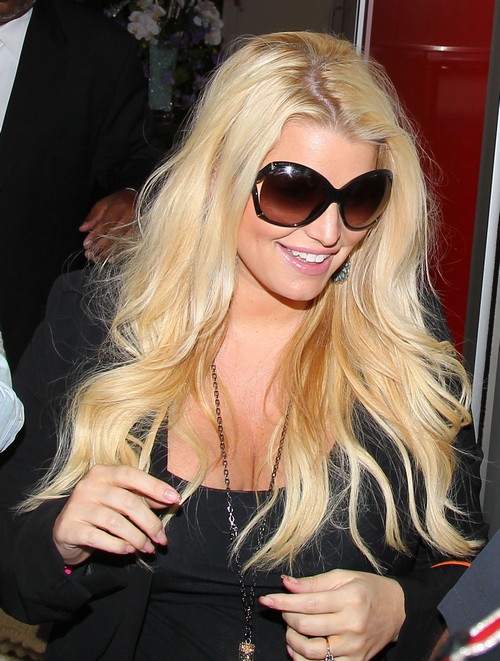 Poor Jessica Simpson. She never was the sharpest knife in the drawer, was she?  She’s also clearly in denial when it comes to her father, Joe Simpson’s sexuality. He and her mother officially divorced last September and the situation seemed pretty temporarily crushing to the entire family. It had become painfully obvious that Joe was truly a gay man hiding behind a wife and family. He decided to divorce Tina Simpson and lead a more honest life.

Over the past year everyone has slowly come to terms with the fact that Joe is gay, except Jess. She is convinced that it’s just a weird phase that her father is going through and that the right woman will bring him back around! Jess is so invested in this notion that she actually keeps introducing Joe to different women that she knows that work for her apparel company. According to the June 10th print edition of Star magazine Jess also hasn’t given up the hope of her parents reconciling either.  She keeps throwing them together with the hopes that her matchmaking will work some unlikely magic and bring them back together!

It actually doesn’t surprise me that Jess would be struggling with this issue. She seems like someone that needs to believe she was raised in the perfect, happy family. I remember in early interviews her talking about how her dad worked and Tina would do everything at home, including make her bed until the day that Jess left home. She obviously isn’t ready to believe that it was all built on a lie. Can you blame her? Tell us your thoughts in the comments below!