Bruce Jenner Is Moving Out Of The Kardashian Kompound 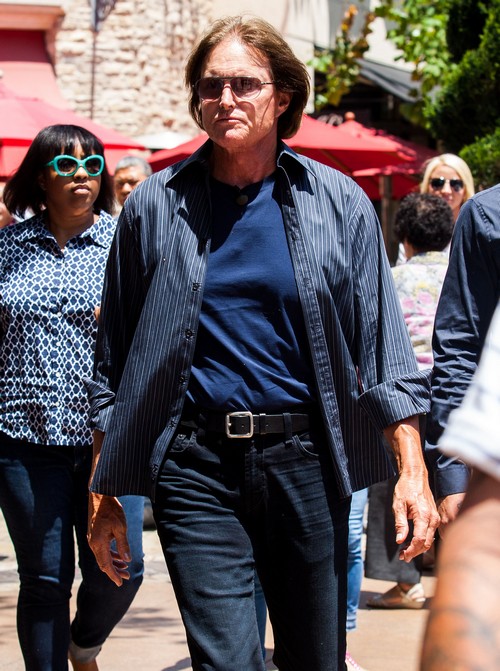 After months of speculation, it appears that Bruce Jenner is finally moving out of the Kardashian kompound—temporarily. Following his wife, Kris Jenner’s suggestion, he’s moved into the garage, because he needs “space.” Space from what?! All the Kardashian Krazy? Watching his daughters become korrupted by the Kardashian famewhore machine? Poor Bruce.  How can he leave? How will he earn any money? Blackmail Kris? Demand half of the Kardashian’s empire as he’s entitled to under California law?  He wouldn’t win.  He knows which side his bread is buttered on.

Rumors have swirled for months that Bruce was finally ready to file for divorce and leave Kris. He was threatening to take his daughters and expose all the Kardashian dirt!  In his own way, he usually does veer off the script, and I’m sure he drives Kris up the wall with his ill-timed comments/spoiler alerts about the truth behind the shenanigans and “staged” photo ops.  Bruce recently revealed that Kim Kardashian’s baby daddy, Kanye West, “hasn’t been around much for Kim’s pregnancy,” but Kris always seems to minimize any damage his krackpot comments might cause. That comment barely made any headlines!

I hope that part of this story arc will eventually end with a season finale cliffhanger of Bruce leaving for good after years of benign neglect and abuse by Kris.  Or maybe Kris will spin it so that it looks like she’s asking him to leave because she can’t stand his konstant komplaining about how she’s grooming their daughters, Kendall and Kylie Jenner for a life in the famewhore spotlight.  Despite all the negative press generated by Kim’s nasty divorce from Kris Humphries, “Keeping Up With the Kardashians”is still a ratings juggernaught for E! and Ryan Seacrest. Bruce leaving would be a definite ratings winner! If baby Kimye doesn’t generate as much money and media attention as Kris is anticipating. Bruce leaving (or at least pretending to) is a great plan B.  I think this season will be a doozy!