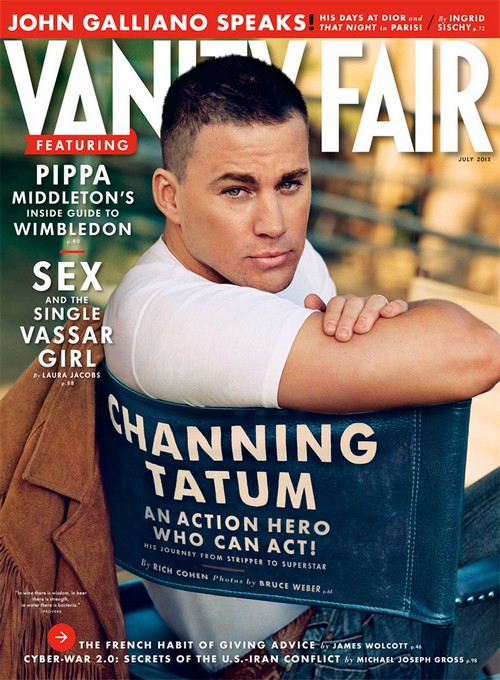 Even before Channing Tatum became a father, he seemed like a really cool guy. And not just because he’s hot, either. Well, it helps that he’s hot, but he seems like one of those guys that you could just hang out and enjoy a beer with and a game of pool.

Channing is the cover boy for the latest issue of Vanity Fair and inside, he speaks on the topic of being medicated when he was younger — and why he wouldn’t do that to his kids. From his interview:

He said, “I read so slow. If I have a script, I’m going to read it five times slower than any other actor, but I’ll be able to tell you everything in it. It kills me that there are standardized tests geared towards just one kind of child.”

With regard to medications, he said, “I truly believe some people need medication. I did not. I better at school when I was on it, but it made me a zombie. You become obsessive. Dexedrine, Adderall. It’s like any other drug. It’s like coke, or crystal meth. The more you do, the less it works. For a time, it would work well. Then it worked less and my pain was more. I would go through wild bouts of depression, horrible comedowns. I understand why kids kill themselves. I absolutely do. You feel terrible. You feel soul-less. I’d never do it to my child.”

What do you think of his interview? Should he medicate his child if she needs it? Hit the comments and let us know your thoughts!