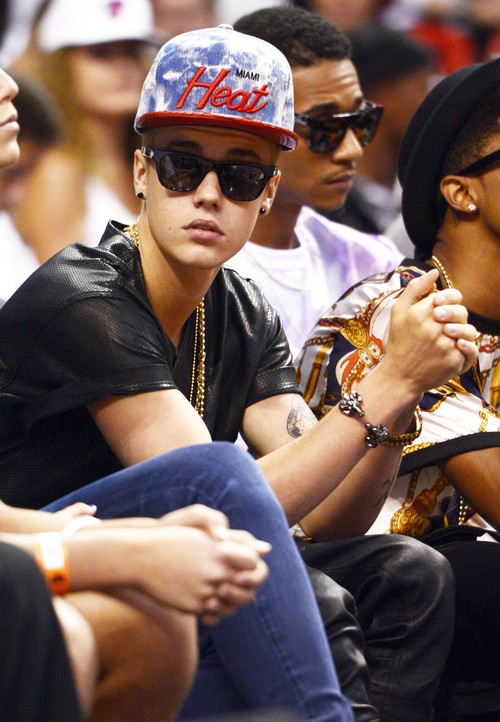 Another woman besides Mariah Yeater has claimed that Justin Bieber is the father of her baby. Ugh, will this ever end? Or will women continue to use this little twit in order to try and get their fifteen minutes of fame?

A European woman has claimed that she was 25-years-old when she hooked up with Justin. And get this — at the time of their alleged fling, he would’ve been only a mere 15-years-old. Seriously. What 25-year-old woman wants anything to do with a teenager like this wet behind the ears brat? He’s self-entitled and completely immature. Besides that, it’s illegal in the state of Florida (where she claims they met) to have sex with someone under the age of 18.In an effort to dispel the rumors, Justin tweeted to his pal Tyler, The Creator, “The baby ain’t mine.”

From now on, anyone claiming to have Justin Bieber’s babies are going to have to undergo a psychological evaluation to make sure their heads are screwed on tight. It’s likely that his mother has taught him to wrap it up like a boss — or else be shelling out the dough in child support. He has said that he wants to be a young father, but not with some random fan, right?

What do you think of all of these girls coming out of the wood work to claim paternity on the Biebz?