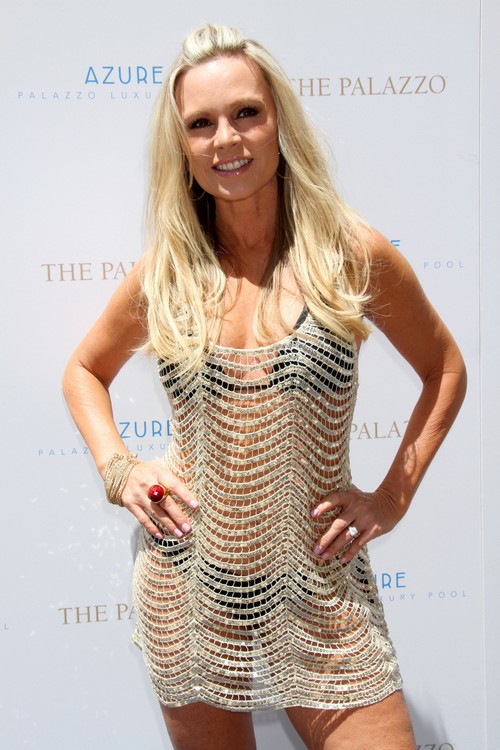 Tamra Barney is known to be a total hothead on The Real Housewive’s of Orange County and it looks like her wedding plans are doing a great job of causing conflict amongst the other ladies. In recent week’s, fans of the show have seen Tamra struggle to figure out how to express herself without flipping out and she has admitted that anger comes easier than any other emotion.

Tamra has also worked hard to become her own woman and that has meant making decisions that everyone won’t like. Her upcoming wedding to Eddie Judge is including some of those interesting decisions. According to the June 10th print edition of National Enquirer, Tamra has no intention of having all of her costars at her upcoming nuptials and she doesn’t care who likes it. She has already made it clear that Alexis Bellino is most definitely not invited.

Tamra and Eddie recently hosted a joint Bachelor/Bachelorette party and according to party goers only Heather and Terry DuBrow were in attendance. The rest of the RHOOC crew was noticeably absent. Do you think that there will be tons of drama with this wedding?  Everything that Tamra does seems to illict a reaction one way or another. Do you think she has cut people out to catch some shade or is she just living her life and not caring much what anyone else thinks?

Tamra used to be best friends with Vicki Gunvalson and the ladies have been on a rough path for about a year now. Vicki’s dysfunctional relationship with gold digging, Brooks Ayers seems to be at the root of their problems. Will Tamra want her former bestie there for her happy day? Tell us your thoughts in the comments below!