Brad Pitt Says NO MORE Sex Scenes In His Movies 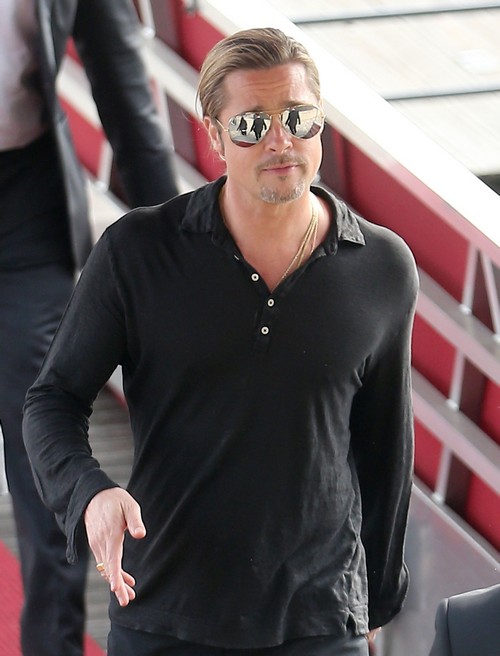 It looks like we’ll all be seeing a whole lot less of Brad Pitt in his future films. After decades of roles which often left the actor stripping down and crawling into bed with some of Hollywood’s hottest actresses, he has now decided that at age 49, his time for doing sex scenes is up.  According to Brad’s close friend, Frank Pollaro the actor has decided to pull the plug on any future nudity out of respect for Angelina Jolie.

I guess it was inevitable that eventually Brad would decide he was past the point of sex scenes but the timing is a bit ironic, don’t you think? The couple met while on the set of the steamy Mr. & Mrs. Smith so Angie is well aware of the impact that a good love scene between actors with real chemistry can make. Her heat with Brad caused his marriage to completely crumble, didn’t it? But I think the irony is that this decision comes on the heels of Angie’s double mastectomy and I have to wonder if it indicates that perhaps Angie has had a bit of insecurity in dealing with the reality of the change to her body. Maybe she doesn’t want Brad to be tempted by another actress and in order to reassured her by making this decision.

Are you going to miss those hot scenes with Brad and his costars? He says future roles will be PG. Do you think that his new boundaries will have a negative affect on his career? Is it wise for an actor of his caliber to button up a bit as he gets older or do you think that it’s an unnecessary step?  Tell us your thoughts in the comments below?