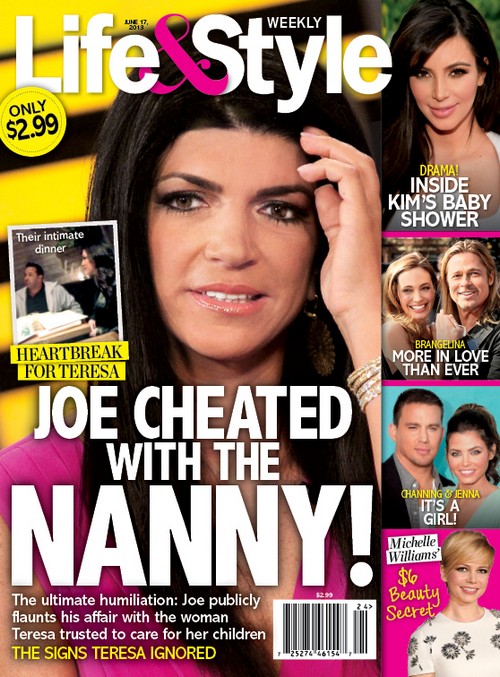 Teresa Giudice’s husband Joe Giudice is said to be hooking up with their former nanny, Nicole Cemelli. We would call him a jerk, but he has been doing the cheating thing for so long that she really should’ve done something about it by now.

It’s a complete douche move to cheat on your wife, but it’s even worse to do it with the help. A friend of the family said, “At first, Teresa was in total denial. But another time, Nicole kissed Joe on the lips when she was in the room! Eventually, enough things were brought to her attention that she finally had to do something about it.”

Joe and Nicole were spotted this past April getting close with each other at the Hurricane Club in New York City. When shown the proof, Teresa said that she recognized Nicole, but didn’t see any problem with it. She said, “That’s Joe’s old secretary, who works in the city. He was in the city that day for other business meetings and he had met up with her after, to go over some things.”

Jacqueline Laurita said to Teresa, “You told me…you walked in on your husband when he had someone on the desk in his office. You caught him with the secretary, babysitter.”

Perhaps they’ll be the next couple to get divorced? What do you think?