Brad Pitt Partied It Up Solo On Angelina Jolie’s Birthday 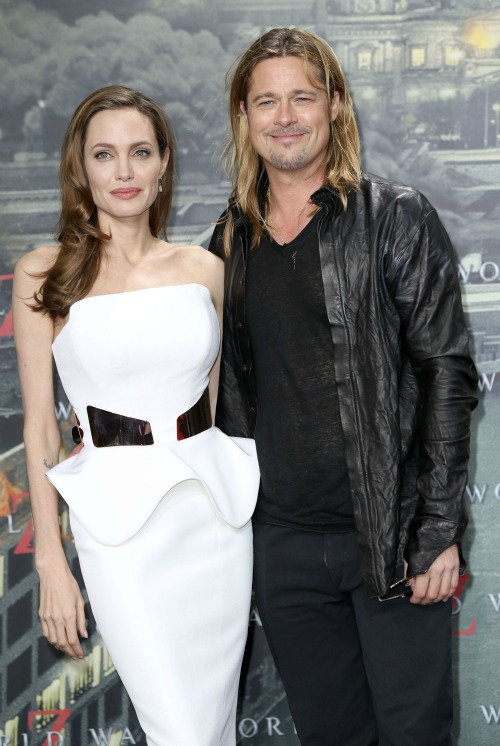 Brad Pitt is telling everyone and their mother how proud he is of Angelina Jolie, but he was partying it up without her on her birthday.

She just underwent a double mastectomy, and of course he’s proud of her. He took her out for her birthday in Berlin, but ended up partying it up until the wee hours of the morning without her! Can you believe that?!?

The happy couple first hit up the premiere of World War Z. Brad told a reporter, “We started of at 30,000 feet on the way over here.”

Afterward, their entire family headed out to Next to Kuchi ramen restaurant where they had the whole floor to themselves. A source said, “Their security guards had told him about the restaurant.”

Angie, Brad and their six children all enjoyed dinner and ended up leaving at around 10:30PM. The famous couple then hit up the after party at the Soho house. Angelina left after staying for only an hour, but Brad stuck around until 2:30AM.

What was he doing out until the wee hours of the morning without Angelina? Has anyone seen pictures of Brad going solo after ditching Angelina at the hotel?

If you want to find out what Brad bought Angelina for her birthday, CLICK HERE ….