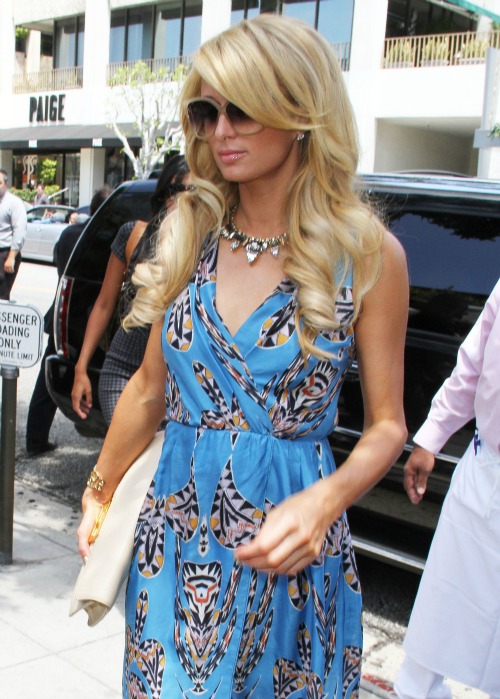 It’s natural for heiress Paris Hilton to have felt violated after learning all of the details surrounding the robbery of her mansion.

Apparently the girls in the “bling ring” wanted to take off with her beloved dog. The heiress said that she learned a couple of things about the robberies on her home from director Sofia Coppola. She actually appears in the movie, which is based on the story of the group of kids who went around robbing celebrities.

She went on to say, “It’s pretty bizarre. They were so obsessed that they just wanted to steal our lives. It’s a scary world we’re growing up in now.”

With regard to future home protections, she added, “I’ve put an advanced security system with laser systems. Security guards are always there, and there are cameras everywhere. So if anyone tries to get in, they’re going to get caught.”

Can you really blame her for wanting to set up extra precautions in order to stay protected? On a side note, we are curious as to what was being sold on the Venice Boardwalk…are you? Is this a movie that you plan on seeing? Hit the comments and let us know your thoughts!