Paris Jackson Fine After Suicide Attempt; Is On A 5150 Hold 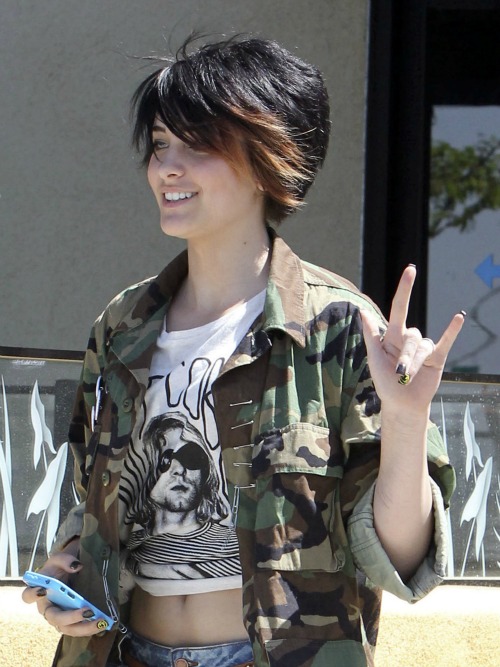 Just yesterday, we told you of how Paris Jackson attempted to kill herself using a meat cleaver. It’s a sad story that she isn’t able to move past her father’s untimely death — even almost four years later. So sad.

Of course it’s still an issue for her. She still has to testify at her father’s wrongful death lawsuit. In addition, she has school exams to deal with. The last straw was said to be when she was denied a Marilyn Manson concert. The good news is that she called a suicide hotline and the operated called 911 and sent an ambulance her way.

She was then carted off to the hospital and is said to be doing alright. Katherine Jackson’s attorney released a statement saying that Paris is receiving “appropriate medical attention.” The statement said, “Being a sensitive 15-year-old is difficult no matter who you are. It is especially difficult when you lose the person closest to you.”

An insider said, “This really all comes from her not yet over her dad being gone. It’s been so hard to adjust to stepping back into the world.”

Another source added, “She has major depression issues, a lot of it stemming from her dad’s death. It’s very real and very sad. She has been extremely depressed and not been able to sleep lately, staying up all night.”

We’re glad that she is doing fine now, but also happy that this might’ve only been a cry for help instead of her going all the way with it. It’s scary, but we’re happy that she is pulling through. Stay tuned for any updates on her condition as they are made available.

If you want to find out why Paris tried to commit suicide, visit our friends at Yazmar, she has more details, CLICK HERE!