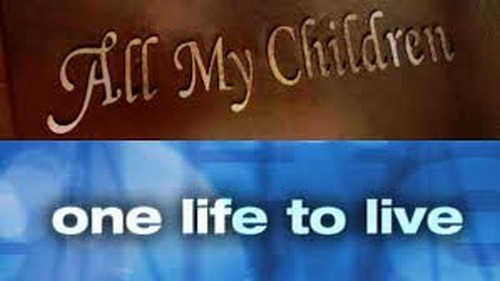 When Prospect Park announced that it had finally reached a solid deal to bring back to of the longest running soap opera’s in U.S. History the fans were beyond thrilled. The Online Network and Hulu were originally going to broadcast new episodes of each Once Life to Live and All My Children 4 days a week. Apparently blazing this new trail has been a lot more trouble than anyone anticipated.

First production was cut in half after only two weeks of online episodes. The powers that be claimed that the fans were unable to make time for both shows which is really ridiculous. Online OLTL and AMC run 30 minutes. When ABC was airing both shows 2 years ago they were each 60 minutes, 5 days a week. It’s more like this format isn’t as appealing and so people aren’t making time.

Now there is an even bigger problem that as of yesterday brought production to a screaming halt.

The I.A.T.S.E. which represents the crew members claims that Prospect Park violated an agreement with the union to pay less to the crew members as long as the per-episode budget costs of “All My Children” and “One Life to Live” did not exceed $125,000.

Apparently there was a built in hiatus for the shows coming in mid-June but it is effective today  The union wants to examine Prospect Park’s accounting books in order to verify that Prospect not violated the terms of the contract that both parties agreed upon. The writers’ are still working and unaffected by this imposed hiatus. As of now both shows are expected to return Aug. 12th.

Do you think that all of these issues will eventually prove fatal for both AMC and OLTL? The resurrection online clearly isn’t working as well as everyone had hoped. Are you tuning in? Tell us your thoughts in the comments below!