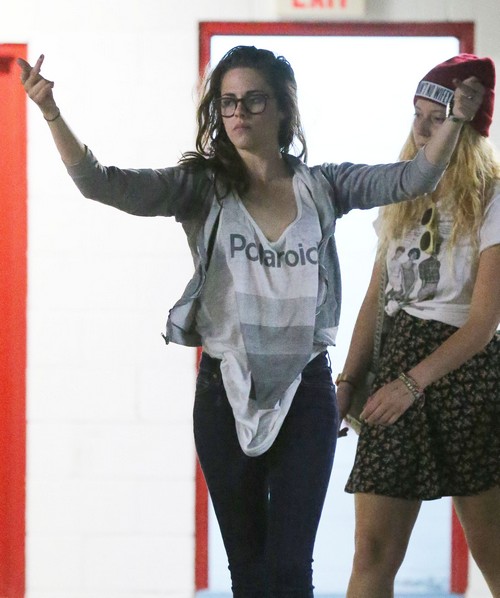 Kristen Stewart is not letting go of her former boyfriend Robert Pattinson and wants to win him back. So, instead of trying to do nice things for him and hoping for the best, she’s been texting him non-stop. Sounds like a pretty desperate move to us, don’t you think?

This time, the breakup feels like it’s for good. Rob is said to have already moved on with some new girl, while Kristen is texting him like crazy, thinking that all of the attention will do their relationship some good.

An insider close to the situation said, “Kristen has gone off the rails. Rob isn’t responding to any of her messages.”

Rob has been busy woo’ing British playwright Polly Stenham and Kristen has been busy getting her drink on at the clubs. The source said, “She is partying like crazy…she is binge drinking and chain-smoking. She gets out of control and then starts texting Rob.”

Is she crazy or what? It’s almost as if she doesn’t accept that their relationship is completely over. What do you think? Is there anything you can think of that she could do to win his love back? Or is it completely over for good? Sound off in the comments below!