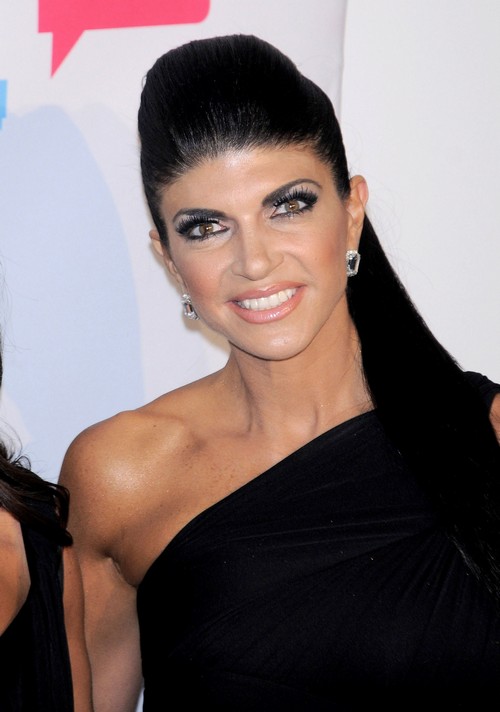 I don’t think that The Real Housewive’s of New Jersey’s Teresa Giudice would know how to live a life that wasn’t dripping with drama. I mean seriously, if it’s not already in the air then Tre finds a way to cause a huge problem. The only thing that she seems to relish more than a good screaming match is to pit to other housewives against each other. According to the June 17th print edition of In Touch the thing causing Teresa the biggest stress is her dirtbag husband, Joe Giudice.

“Juicy Joe” strolled into court on Identity Theft charges in late May and was given a trial date of July 15th. The case against him looks to be a slam dunk and Teresa was missing from the quick proceedings. There has also been a lot of talk about Joe’s latest mistress– the couple’s former nanny, Nicole Cemelli.  She was supposedly fired after Tre caught her bent over a desk in Joe’s office. When photograph’s of Nicole and Joe popped up in April Teresa was crushed.

Of course she tells everyone that things are fine in her marriage and that they are a typical couple with ups and downs just like everyone else. Behind the scenes those close to Teresa say it’s just not true. The marriage is in bad shape and there are several reasons that would justify Teresa leaving with the kids- or better yet giving Joe his walking papers.

If Joe does end up going “away” as they say in Jersey, do you think that Tre will stick by him? Or will it provide enough breathing room to make her see that she really doesn’t need him? Tell us your thoughts in the comments below!