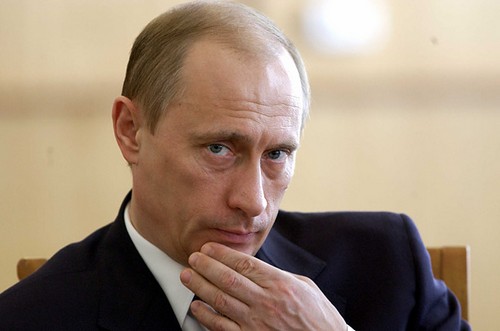 Russian President Vladimir Putin is divorcing his wife of nearly 30 years, Ludmila Putina. What on earth could cause a man to divorce his wife of three decades? Even though he has praised her ability to cook, clean and knit, but could it have been his love for a much younger gymnast that swayed his decision?

Ludmila has been out of the spotlight, along with the couple’s two daughters, but she made an appearance with Vladimir at a ballet recently. That’s where they both calmly and politely made the official announcement that they were divorcing.

A reporter on-hand asked of the rumors that they didn’t live together, to which the President said, “This is so.”

After a few more minutes, the reporter softly prodded on the topic of divorce. Ludmila responded, calling it a civilized divorce and that was that. His spokesman said that this was just an announcement and neither of them had made any headway in the divorce proceedings as of yet.

What do you think of their announcement? Are you shocked that they are going their separate ways? Or was it just a matter of time? Hit the comments and let us know your thoughts.