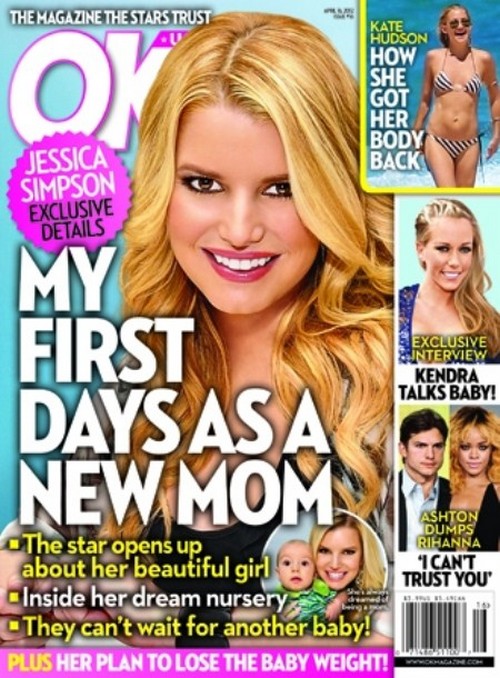 Jessica Simpson is being named in a lawsuit by a guy whose child she was photographed with on the cover of OK! magazine. The lawsuit basically states that Jessica hatched a plan to make some cash off a photo of herself with a baby on the cover of the tabloid — well before her own daughter was born. Crazy, right?

Christopher Hurst claims that he took his infant son and teenage daughter to a department store in October 2011 to meet Jessica. He says that when he got closer to Jessica, a stranger there advised him to hand his baby to Jessica. He did so and a photographer began snapping pictures. TMZ has more details:

According to the suit, Hurst was stunned months later when OK! splashed the pic on its cover, making it appear it was Jessica’s baby. The irony — Jessica’s baby wasn’t even born yet.

The lawsuit accuses Jessica of being in on the plot, claiming she had a deal with a competing mag to sell the first baby pic for $800k, but then got greedy and hatched a plot with OK! to double dip with a baby that wasn’t even hers.

Hurst is suing Simpson, OK! magazine, and Getty Images for damages in excess of $75,000.

It’s funny that they think she’s smart enough to concoct a plan such as this. It’s way too elaborate for her small mind, isn’t it?